Brief: Taking a look back to some of the biggest news stories of the year 2017.

2017 has been an eventful year in the history of Linux. Lots of ups and downs throughout the year. There were a number of stories that impacted Linux users. I am just making a quick list of the most important events in the year 2017. 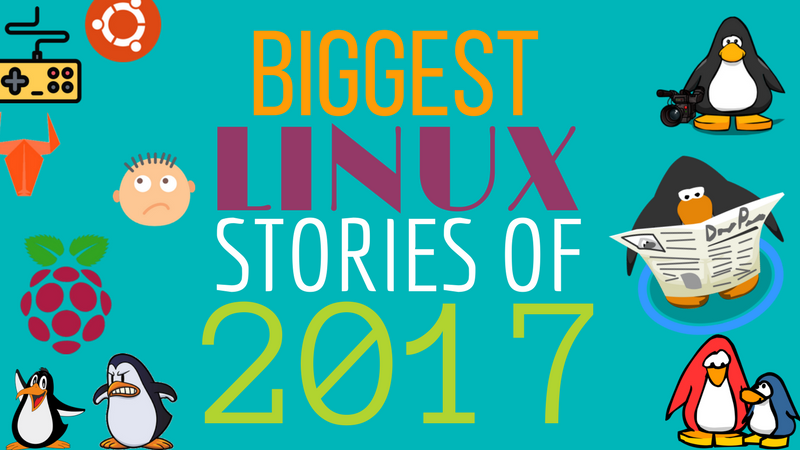 This was perhaps the biggest shocker of 2017. Canonical just dropped the bomb that it was going to discontinue Ubuntu Phone project. Development of Unity 8 was also stopped. This was followed by a significant layoff at the company. Canonical subsequently replaced Unity with GNOME in the Ubuntu 17.10 release.

While there are volunteering efforts to keep Unity alive, it won’t be wrong to say that Unity and Ubuntu Phone are dead projects now.

2. Munich ditches Linux and goes back to Windows

For close to ten years city of Munich lead the Linux adoption with its custom distribution LiMux. It came to an end in 2017 when the Munich city council decided to ditch Linux and go back to Microsoft Windows despite the fact that it will cost millions of euro of taxpayers’ money.

It seems unlikely but according to the website Net Market Share desktop Linux usage reached 3.37%, its highest ever. Of course, the stats are not accurate but it is still a consolation to us Linux enthusiasts to see the graph moving north.

2017 also saw the debut of elementary OS powered laptops Litebook. With a price tag of just $250, Litebook generated quite some buzz on the internet.

Litebook was not the only Linux laptop launch in 2017. Spain based Slimbook unveiled the first KDE branded laptop. UK based StationX also debuted in 2017 with their high-end Linux machines. They are also the first to launch a Manjaro Linux powered laptop.

Veteran System76 was not far behind as it launched Galago Pro.

2017 clearly put it in the open. 32-bit systems are gone. Throughout the year we saw Linux distributions announcing the discontinuation of 32-bit support. The long list consists of Ubuntu, Arch, Manjaro and NVIDIA as the big players. I can presume that the year 2018 won’t bring good news for 32-bit systems.

6. Head of Linux Foundation lands into controversy for using macOS

This outraged many Linux users who saw it as a betrayal to the desktop Linux community.

Though not directly related to Linux, the story actually made a big splash in the Linux world. Privacy champion Mozilla was caught with its pants down in the Looking Glass controversy.

As a tie-up with US TV series Mr. Robot, Mozilla created an extension called Looking Glass. Some people at Mozilla thought it was a good idea to enable this extension on all Firefox installation. And what’s funny is that this was done to raise privacy awareness.

Quite obviously it turned into an outrage. Mozilla apologized for this misadventure.

8. Ubuntu 17.10 breaks BIOS of some laptops, pulls out ISO downloads

The latest release of Ubuntu ran into trouble after it was noticed that it was breaking the BIOS of several Lenovo and some Acer and Toshiba models. The issue was serious and it forced Canonical to pull out the ISO download links from the website of Ubuntu, Lubuntu, Xubuntu and other official Ubuntu flavors.

However, the new year brings good news. Linux Journal got a good backer and they will continue to publish.

Eelo was another open source mobile OS announced in 2017.

Let’s end the list of biggest news stories of 2017 on a happy note. Linux now runs on all of the top 500 fastest supercomputers in the world. Let’s hope that the year 2018 will bring good news for desktop Linux as well.