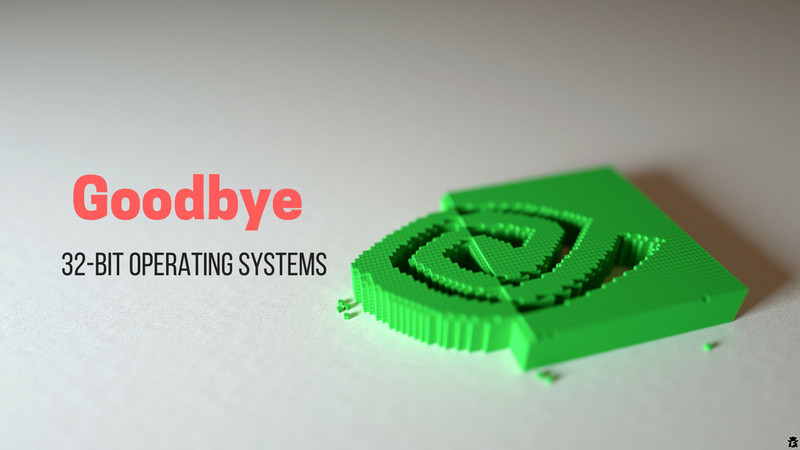 We are certainly looking at the end of 32-bit systems. There are only a few open source 32-bit operating systems left and things are getting more and more difficult for them.

NVIDIA has announced it will soon end NVIDIA graphics driver support for 32-bit operating systems as well as all GPU architecture. According to the announcement, the last GPU video driver version 390 will be the last to support the 32-bit platform.

This means driver optimizations, enhancements and operating system features that will be released after Release 390 will not be backported into the GeForce Game Ready Release 390. However, NVIDIA plans to continue to offer critical security fixes for drivers until January 2019.

Hence users with 32-bit hardware have just a year to receive security updates, but any new features and performance enhancements will require them to switch to 64-bit architecture.

Meanwhile, in addition to end support for 32-bit CPU architecture, NVIDIA will also end support for NVS products after Release 390. NVS 315 and NVS 310 will stop receiving updates from NVIDIA.

According to the announcement by NVIDIA, “later driver release versions will not operate, nor install, on systems using” NVS 315 and 310. This will also affect Linux systems, FreeBSD and various Microsoft Windows versions.

What is your take on NVIDIA ending graphics driver support for 32-bit operating systems? Share your opinion with us in the comment section.