Brief: Mozilla’s latest Firefox release is better than Google Chrome, both in terms of speed and violating user’s privacy.

Mozilla Firefox is in news this month as well. Last month, Mozilla gained praises for its extraordinary Quantum release. This month, it has been ‘caught’ experimenting with users’ privacy without their consent.

If you are already using Firefox 57 Quantum, you know that most of your favorite extensions and add-ons don’t work on it.

What you might have missed that there is an extension called Looking Glass that has quitely slipped in your browser.

If you click on more, the only information it shows is:

MY REALITY IS JUST DIFFERENT THAN YOURS.

With such little information, it was obvious that alter users would freak out. People took it for a malware and soon the forums were buzzing with the question “What is Looking Glass extension in Firefox”.

Turns out, Mozilla has partnered with Mr. Robot, a TV series centered around hactivism. The Looking Glass extension is actually part of it. This extension was sideloaded into browsers via the “experiments” feature.

What’s worse that until the last update, it was activated by default, without your consent.

Since the outrage, Mozilla has put up a page that gives information about Looking Glass:

Are you a fan of Mr Robot? Are you trying to solve one of the many puzzles that the Mr Robot team has built? You’re on the right track. Firefox and Mr Robot have collaborated on a shared experience to further your immersion into the Mr Robot universe, also known as an Alternate Reality Game (ARG). The effects you’re seeing are a part of this shared experience.

What does this Looking Glass extension do?

As Drew pointed out, this extension is actually an alternate reality Game. This extension will invert text that matches a list of Mr. Robot-related keywords like “fsociety”, “robot”, “undo”, and “fuck”, and does a number of other things like adding an HTTP header to certain sites you visit. 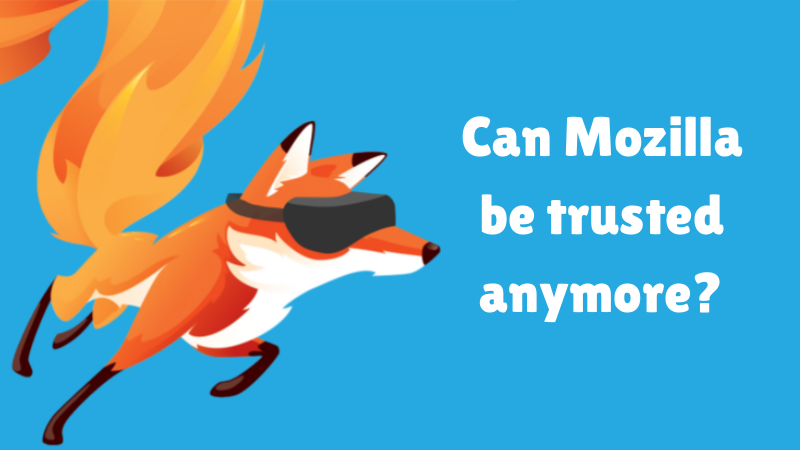 What makes the matter worse is that Mozilla tries to explain its advertisement deal with Mr. Robot as an effort to raise privacy. No, they are serious about this claim:

The Mr. Robot series centers around the theme of online privacy and security. One of the 10 guiding principles of Mozilla’s mission is that individuals’ security and privacy on the internet are fundamental and must not be treated as optional. The more people know about what information they are sharing online, the more they can protect their privacy.

Mozilla exists to build the Internet as a public resource accessible to all because we believe open and free is better than closed and controlled. We build products like Firefox to give people more control over their lives online.

So Mozilla builds products like Firefox where people lose access to their favorite add-ons after each version update and yet they found an unwanted extension installed without their consent? What kind of control is that?

Mozilla is not a cash-strapped company then why this stupid stunt?

Mozilla already serves us ads. When it was first introduced around 2013-14, it created an uproar. You would install Firefox and you could see some websites in the frequently visited websites area. It used to get replaced by websites that you visit frequently.

This ad game has been upped in the Firefox Quantum release where you’ll see some websites including Amazon always pinned on the top of the content area in the new tab. It won’t go away or change unless you manually do it. 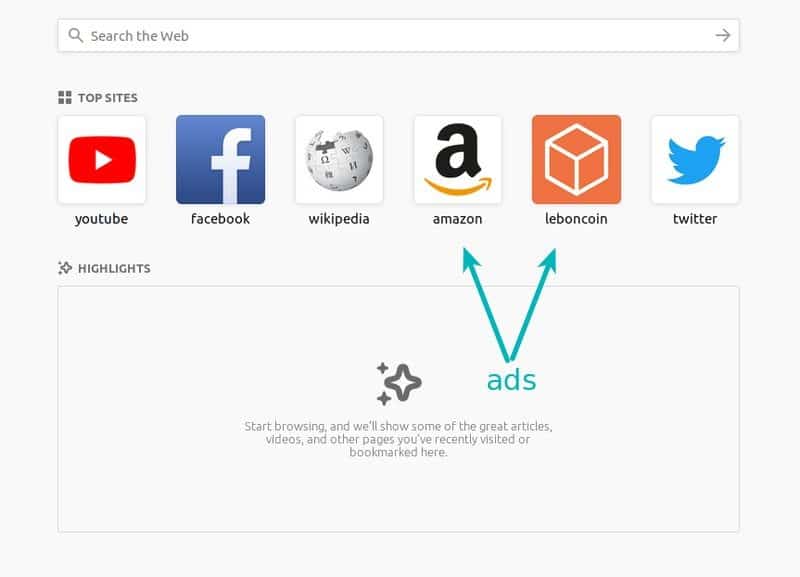 I can guess that Mozilla gets more than $375 million per year from Google now.

I am not a privacy warrior. So this was STILL fine with me though that might not be the case for many privacy-savvy people. I understand that they are a big organization and they help students around the world and thus they need to make money.

But publicity stunts like The Looking Glass is shooting itself in the foot.

Mozilla has removed the Looking Glass extension in the latest update of Firefox. But the damage has been done.

Promoting a TV series in the name of raising privacy awareness might be Mozilla’s idea but this has not gone well with its core user base. They did it today for Mr. Robot, perhaps they will do it again for Game of Thrones? Can we trust Mozilla in future?

After the outrage from its core user base, Mozilla has removed Looking Glass extension and has issued an apology.

Mozilla says, “Firefox has enjoyed a growing relationship with the Mr. Robot television show and, as part of this relationship, we developed an unpaid collaboration to engage our users and viewers of the show in a new way”.

I am not sure what kind of relationship Mozilla has Mr. Robot but they have stressed on the ‘unpaid’ part of the collaboration. In my views, Mozilla has learned a lesson and it would be careful in the future.

What are your views on theLooking Glass controversy? Do you think it’s something that has to be taken seriously or it is too trivial and should be ignored? Should Mozilla be forgiven for this misadventure?