Top Ten Things To Do After Installing Elementary OS Luna 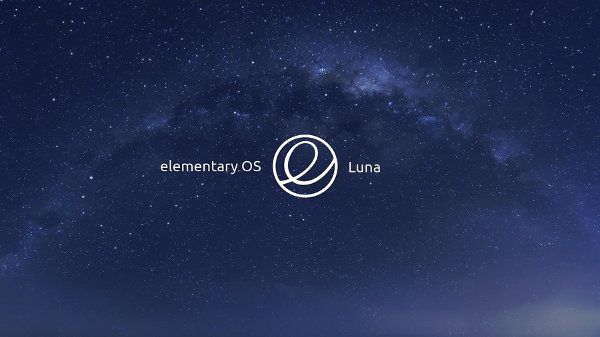 10 Things to do after installing Elementary OS Luna:

The first and foremost thing you should do after installing Elementary OS Luna or in fact any other Linux OS is to check for updates. You can run the Update Manager from the Slingshot application launcher or use the following command in a terminal (Ctrl+Alt+T):

Midori is a lightweight, sleek and fast web browser but it is still a kid in front of bigwigs like Firefox and Chrome. Despite of having several interesting positive points [Read: Midori Web Browser Review] Midori has several negatives as well. First thing first, it is not cross platform and is available only on Linux. So you can’t really use it on other operating systems and cannot sync it like Firefox and Chrome. It also has a limited number of plugins or extensions. In any case, you must have a second web browser. And Firefox or Chrome is the ultimate choice here.

You can download and install Firefox and/or Google Chrome either from the Software Center (Chromium instead of Chrome) or from their respective website. If you try to download from website, choose the option of “Ubuntu files .deb” because Elementary OS is based on Ubuntu.

Okay! Elementary OS is a beautiful Linux distribution that comes with a very nice text editor Scratch but it is unbelievable to me that it consists of no office product by default. The size of installation disk was more than 700 MB so I do not understand why they decided to skip an office suite. Anyways, you can choose to install any of the best alternative to Microsoft Office for Linux. But my personal favorite is LibreOffice. You can download the LibreOffice suite from their website or from the Software Center.

Running a Linux system out of the box was unthinkable five years back. But with time more and more hardware manufacturer started supporting Linux. But there are still propriety drivers that are not included by default in many Linux OS, Elementary OS being one of them. After installing Elementary OS, you might face some issues like no wireless connection etc. Installing additional drivers comes in handy in this case. You can get these additional propriety drivers for your wireless and graphics card from the systems settings.

Go to System Settings (its there in the dock) and there you should see the Additional Drivers options. 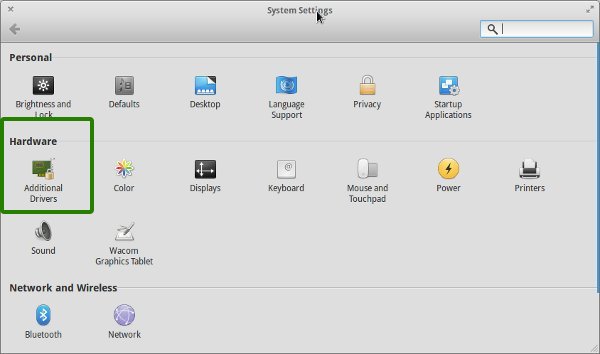 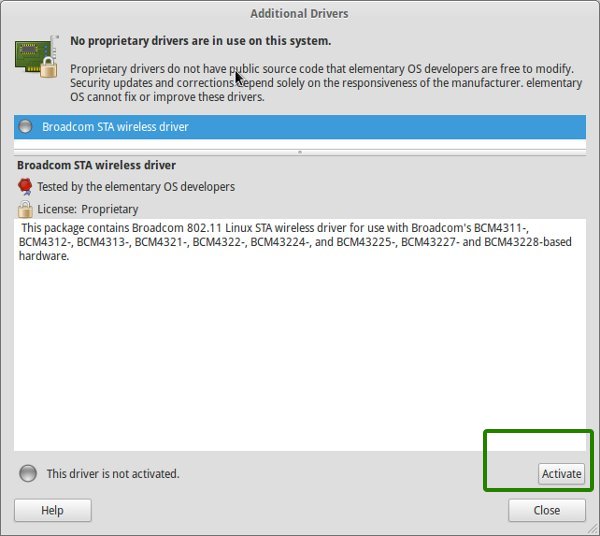 Of course, you have to restart your computer afterwards.

Install additional codecs to run all sorts of media

One of the first trouble you’ll have to run a MP3 file or a You Tube video. You can install additional codecs the same way as you do in Ubuntu Linux and i.e. by installing Ubuntu Restricted Extra. Open a terminal and use the following commands:

This community PPA also contains of several other third party application which you may want to install. Some of the main applications are:

VLC media player is simply the best video player out there. An open source video player which is capable of doing a lot of things such as streaming videos to internet, automatically download subtitles and watch any streaming internet video with subtitles. VLC player can play almost all kind of video files. You can install it using the following command:

Now coming to cloud storage. I presume that you must have an account on Dropbox or Ubuntu One. To install Dropbox, you can download the installer from their website or search it in Software Centre.

Ubuntu One has been discontinued.

Despite that Skpe has continuously neglected its Linux application, Skype still has no worthy opponent in Linux world. Though Viber has come to Linux, but it still cannot be termed as the Skype alternative on Linux, at lest not yet. You can either install Skpe by downloading the installer from their website or just use the following command in terminal: