Brief: Free Download Manager is a popular open source application but unfortunately it is not available for Linux yet. But your vote can help bring it to Linux. 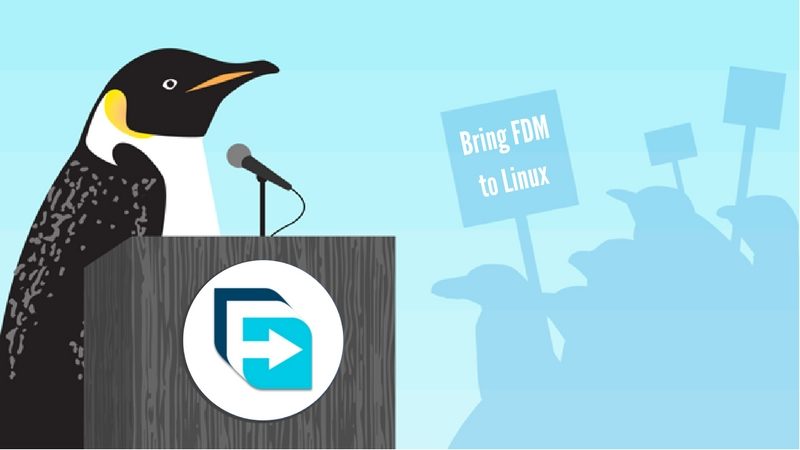 Free Download Manager (popularly known as FDM) is a download accelerator and a bit torrent client. The first version was released in 2004 as a proprietary software but it has been released as an open source software under the GPL license since 2010.

Despite being open source, FDM is only available for Windows and macOS, and not for Linux.

If you are wondering what makes FDM so special, let me tell that FDM has over 30 different awards for being a clean freeware, and it’s available in many languages (27 to be exact), and many consider it to be a drop-dead alternative for IDM (Internet Download Manager)—a commercial download manager —if not better.

Some of the other features of FDM are:

The FDM developers posted a ‘features you want to see’ vote on Google forms asking the users to vote for features they would like to see next. One of those features is the long-awaited support for Linux. And despite it being a popular demand through the years, the feature is not even among the top 3.

It’s a golden opportunity to port FDM to the Linux ecosystem, many people converting to Linux from Windows miss it, and it doesn’t function 100% on Wine as many users reported.

So let’s put our effort and bring a popular software made available for Linux. Please vote for it on the Google Form link below. The option for Linux version is mentioned at number three at present.

Vote for FDM version for Linux

It’s a fundamental issue that goes far beyond FDM. Linux doesn’t have that many commercial software support and so people won’t use it, and when there is a chance for a popular software to be ported to Linux, the community should show support by voting for it. It’s all about making the Linux ecosystem user-friendly and to provide options for users who wish to adopt Linux as a main operating system.

Author detail: This article has been written by Muaad Elsharif, a teaching assistant, blogger and radio host from Tripoli, Libya. He is interested in Linux and open source solutions in general and likes to promote and help open source in his capacity.