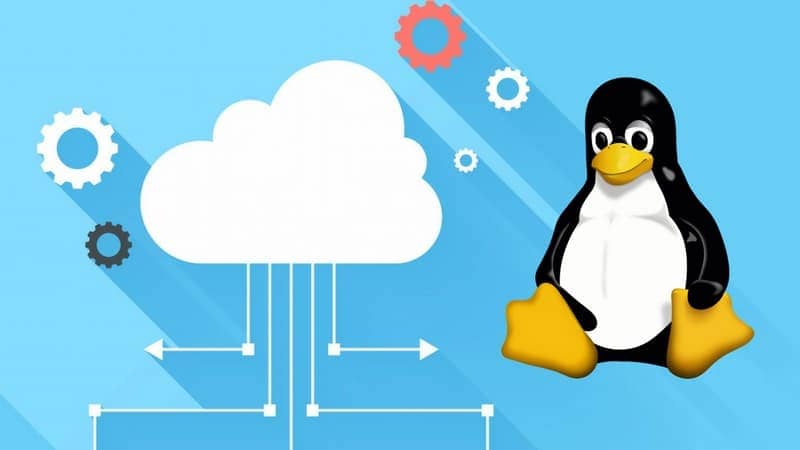 Brief: We list some Cloud centric Linux distributions that might be termed as real Linux alternatives to Chrome OS.

The world is moving to cloud-based services and we all know the kind of love that Chrome OS got. Well, it does deserve respect. It’s super fast, light, power-efficient, minimalistic, beautifully designed and utilizes the full potential of cloud that technology permits today.

Although Chrome OS is exclusively available only for Google’s hardware, there are other means to experience the potential of cloud computing right on your laptop or desktop.

As I have repeatedly said, there is always something for everybody in the Linux domain, be it Linux distributions that look like Windows or Mac OS. Linux is all about sharing, love and some really bleeding edge computing experience. Let’s crack this list right away! 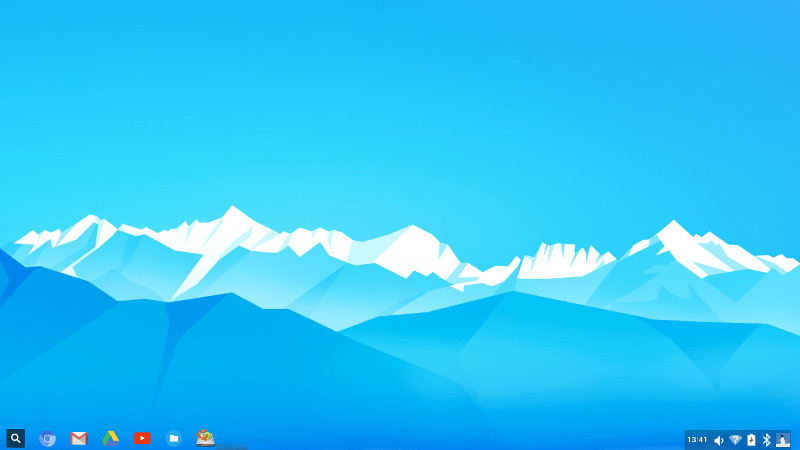 It is not Chrome OS. But the above image is featuring the desktop of Cub Linux. Say what?

Cub Linux is no news for Linux users. But if you already did not know, Cub Linux is the web focused Linux distro that is inspired from mainstream Chrome OS. It is also the open source brother of Chrome OS from mother Linux.

Chrome OS has the Chrome Browser as it’s primary component. Not so long ago, a project by name Chromixium OS was started to recreate Chrome OS like experience by using the Chromium Browser in place of Chrome Browser. Due to some legal issues, the name was later changed to Cub Linux (Chromium+Ubuntu). 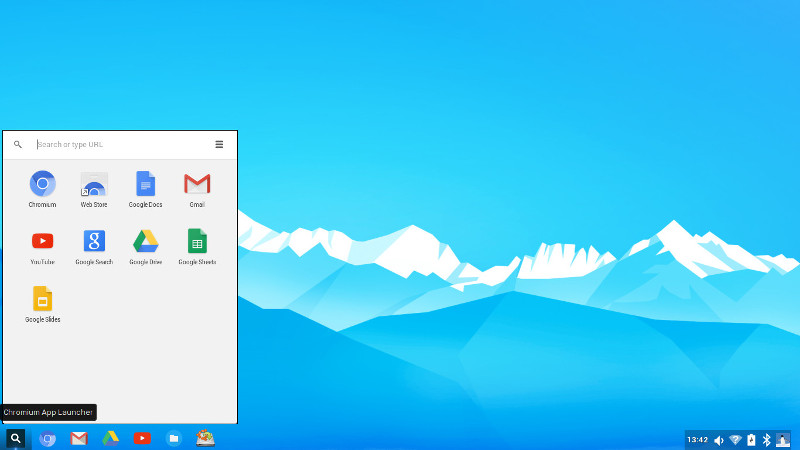 Well, history apart, as the name hints, Cub Linux is based on Ubuntu, features the lightweight Openbox Desktop Environment. The Desktop is customized to give a Chrome OS impression and looks really neat.

In the apps department, you can install the web applications from the Chrome web store and all the Ubuntu software. Yup, with all the snappy apps of the Chrome OS, You’ll still get the Ubuntu goodies.

As far as the performance is concerned, the operating system is super fast thanks to its Openbox Desktop Environment. Based on Ubuntu Linux, the stability of Cub Linux is unquestionable. The desktop itself is a treat to the eyes with all its smooth animations and beautiful UI.

I suggest Cub Linux to anybody who spends most their times on a browser and do some home tasks now and then. Well, a browser is all you need and a browser is exactly what you’ll get.

A good number of people look towards Linux because they want a no-BS computing experience. Some people do not really like the hassle of an anti-virus, a defragmenter, a cleaner etcetera as they want an operating system and not a baby. And I must say Peppermint OS is really good at being no-BS. Peppermint OS developers have put a good amount of effort in understanding the user requirements and needs. 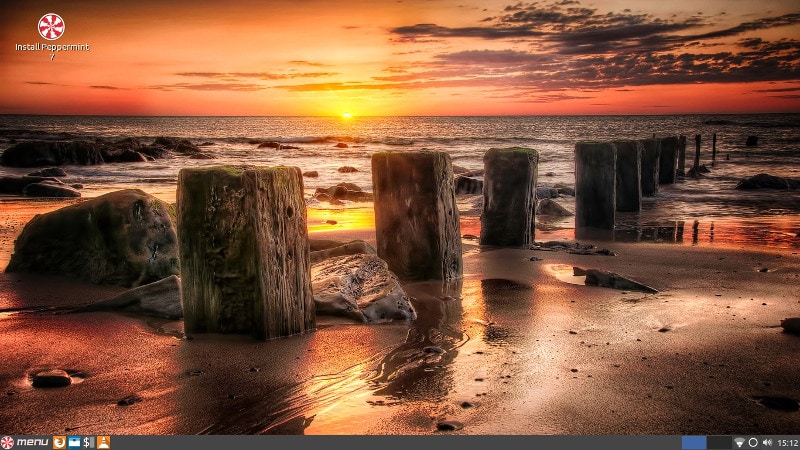 There is a very small number of selected software included by default. The traditional ideology of including a couple apps from every software category is ditched here for good. The power to customize the computer as per needs has been given to the user. By the way, do we really need to install so many applications when we can get web alternatives for almost all the applications?

Ice is a utile little tool that converts your favorite and most used websites into desktop applications that you can directly launch from your desktop or the menu. It’s what we call a site-specific browser. 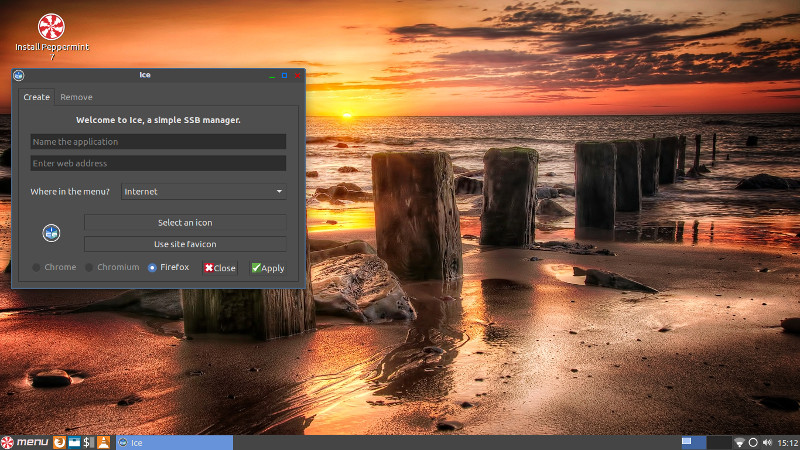 Love facebook? Why not make a facebook web app on your desktop for quick launch? While there are people complaining about a decent Google drive application for Linux, Ice allows you to access Drive with just a click. Not just Drive, the functionality of Ice is limited only by your imagination.

Peppermint OS 7 is based on Ubuntu 16.04. It not only provides a smooth, rock solid performance but also a very swift response. A heavily customizes LXDE will be your home screen. And the customization I’m speaking about is driven to achieve both a snappy performance as well as visual appeal.

Peppermint OS hits more of a middle ground in the cloud-native operating system types. Although the skeleton of the OS is designed to support the speedy cloudy apps, the native Ubuntu application play well too. If you are someone like me who wants an OS that is balanced in online-offline capabilities, Peppermint OS is for you.

Apricity OS stole the show for being one of the top aesthetically pleasing Linux distros out there. It’s just gorgeous. It’s like the Mona Lisa of the Linux domain. But, there’s more to it than just the looks. 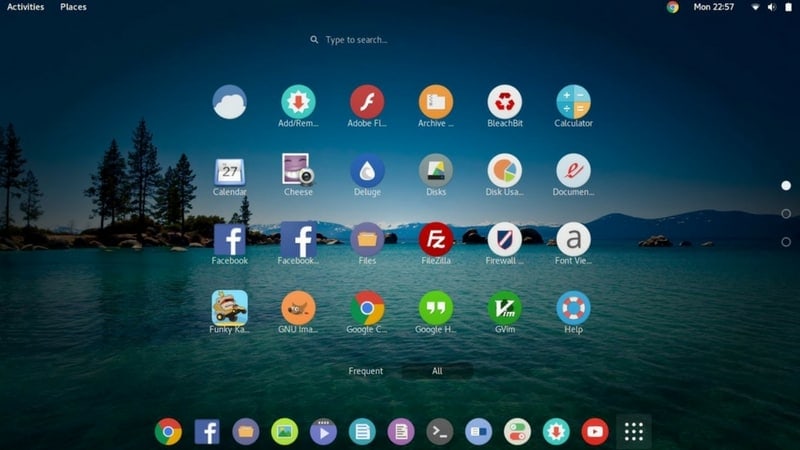 The prime reason Apricity OS makes this list is because of its simplicity. While OS desktop design is getting chaotic and congested with elements (and I’m not talking only about non-Linux operating systems), Apricity de-clutters everything and simplifies the very basic human-desktop interaction. Gnome desktop environment is customized beautifully here. They made it really simpler.

Apricity OS also features the Ice tool that we discussed in the last segment. But instead of Firefox, Chrome browser is used in website-desktop integration. Apricity OS has Numix Circle icons by default and everytime you add a popular webapp, there will be a beautiful icon placed on your Dock. 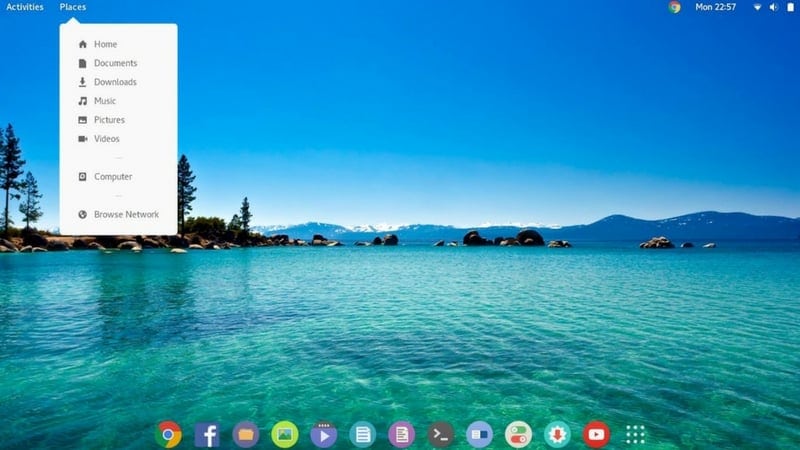 See what I mean?

Apricity OS is based on Arch Linux. (So anybody looking for a quick start with Arch, and a beautiful at that one, download that Apricity ISO here) Apricity fully upholds the Arch principle of freedom of choice. Within just 10 minutes on the Ice, and you’ll have all your favorite webapps set up.

Gorgeous backgrounds, minimalistic desktop and a great functionality. These make Apricity OS a really great choice for setting up an amazing cloud-centric system. It’ll take 5 mins for Apricity OS to make you fall in love with it. I mean it.

There you have it, people. Cloud-centric Linux distros for online dwellers. Do give us your take on the webapp-native app topic. Don’t forget to share.