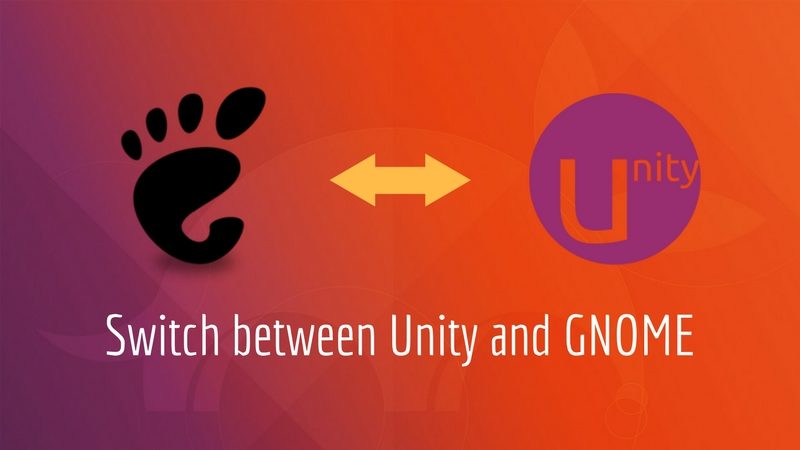 The most talked about feature of Ubuntu 18.04 is the switch to GNOME. The switch actually happened in Ubuntu 17.10. Ubuntu has done quite a good job in GNOME desktop customization to make Unity users feel at home.

But it is not necessary that you will like GNOME. Unity has been part of Ubuntu for last 6 years and over the time, it did gain its fair share of fan following.

If you are one of the hardcore Unity fans and would like to use it instead of GNOME, I have good news for you. You can totally use Unity on Ubuntu 18.04 and 17.10.

Canonical knows that there is a sizeable chunk of Unity lovers and hence it has made it possible to easily install Unity on Ubuntu 18.04 and 17.10.

Is that a bad thing? Not really. You can use them as long as the project is not abandoned completely.

Enough talk. Time for action. Let’s see how to install Unity on Ubuntu 18.04. I’ll also show you how to remove it afterward.

I am not sure of the kind of support it has got in Ubuntu 17.10. If you face weird issues while using Unity 7, you can switch back to GNOME.

I have made a video to better demonstrate the procedure. You can watch the video or follow the text guide, whichever you prefer.

It’s really simple. Open a terminal (Ctrl+Alt+T) and use the following command:

At the installation time, you’ll be asked whether you want to switch to LightDM.

A Display manager is what you see on the login screen.

Just select the one you want and press enter to move ahead with the installation procedure.

Once the installation is complete, restart your system. At the login screen, click on the Ubuntu symbol in LightDM or gear symbol in GDM.

In here, you can see the option to use Unity desktop environment.

Once you log in, you can see the familiar, Unity interface. Enjoy!

How to remove Unity from Ubuntu 18.04

I’ll also cover the removal steps of Unity just for the sake of it. One day if you realize that it’s time to ditch Unity completely and go back to GNOME, you would want to remove Unity packages from your system.

First thing first, login to GNOME. And after that, use the following commands:

If you had installed LightDM, you would want to remove it as well. But before you do that, it will be a wise idea to switch to GDM. To do that, use the command below:

Don’t worry if the output says something like GDM is not running and stuff. The job has been done. You can safely remove LightDM with the command below:

I would also suggest running autoremove to clean your Ubuntu system.

Well, everything has been done now. You can log out or restart your system and you’ll have GNOME back with (almost) no traces of Unity left.

This article was originally written for Ubuntu 17.10 and I have decided to keep the older part of the article as it is.

Open a terminal and use the command below to install Unity in Ubuntu 17.10:

It will download files in size around 150 MB. Nothing else needs to be done.

Switch from GNOME to Unity in Ubuntu 17.10

Restart your system. Now, at the login screen, you’ll see a gear symbol. Click on it and you’ll see various options to switch to Xorg from Wayland. You’ll also see the option to switch to Unity. Just select Unity here. 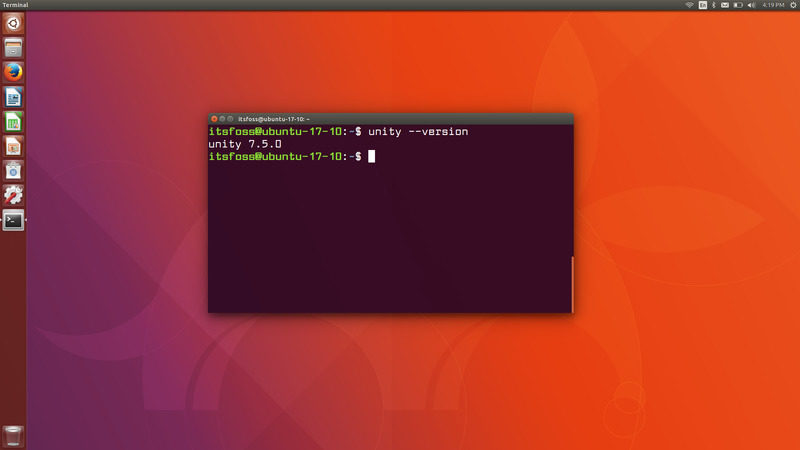 If you want to switch back to GNOME desktop, just select the option Ubuntu or Ubuntu on Xorg.

If you decided to stick with GNOME, you may perhaps want to remove Unity. Before you remove Unity, switch to GNOME.

And after that, use the following command to uninstall Unity:

I hope this quick tip helped you to use Unity in Ubuntu 17.10. Personally, I see no reasons for going back to Unity. It’s certainly not one of the things to do after installing Ubuntu 17.10. What reasons do you have in mind?