Unbelievable! Linux Mint Ditches Ubuntu, Will Be Based on Arch Linux Now

Brief: Mark this day. This is the day when Linux Mint has decided to leave Ubuntu for Arch Linux.

Remember when Google thought that Arch Linux was an Ubuntu-based distro? Well, nothing has changed on that front.

On the other hand, Linux Mint has taken the extraordinary decision of moving away from Ubuntu. Chem, the lead developer of Linux Mint, announced the shocking news in a blog post. 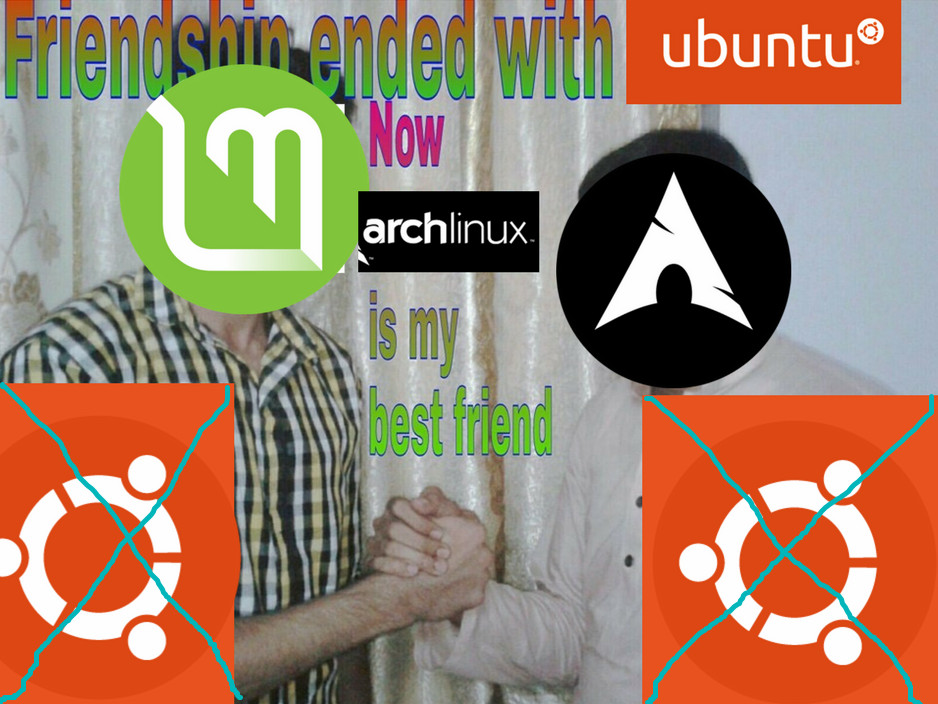 Above image reference: Know your meme.

Linux Mint has been based on Ubuntu since its inception. It is often considered a better version of Ubuntu. It also has a Debian based version LMDE (Linux Mint Debian Edition). So why has the Mint team decided on switching to Arch Linux from Ubuntu?

Enough of the ‘noobs distro’ tag

“We have been in the industry for close to twelve years. In so many years, even junior developer turns into a senior developer, willingly or unwillingly. But even after twelve years, Linux Mint is still considered to be for noobs. We want to grow up and be considered an expert’s Linux distribution this is why we created our Debian edition, LMDE but it didn’t change our image at all. People still call us beginner’s distribution. So we think it’s time to raise the bar and move to Arch Linux.”

Chem says that even if after moving to Arch Linux people call Mint a friendly distribution, they plan to switch to Gentoo and then they’ll see how would anyone call it a noob’s distro while compiling all those packages.

It will be interesting to see how things go with this bold move. Perhaps we’ll now start seeing random “I use Mint” phrases on Linux forums and IRC.

To know more about Linux Mint switching to Arch Linux and follow the subsequent developments, check out the official announcement: