13 Places Where You Can Buy Linux Computers

Looking for Linux laptops? Here I list some online shops that either sell Linux computers or specialize only in Linux systems.

Almost all the non-Apple computers sold these days come with Windows preinstalled on them. The standard procedure for Linux users is to buy such a computer and then either remove Windows and install Linux, or dual boot Linux with Windows.

But you don’t always have to go through Windows. You can buy Linux computers as well.

But why buy a computer preinstalled with Linux when you can easily install Linux on any computer? Here are some reasons:

If you are looking to get a new Linux laptop, let me suggest to you a few manufacturers and vendors that provide ready-to-use Linux systems.

Some disclaimers/information before you see the list of shops offering computers with Linux preloaded.

Please make a purchase based on your own decisions. I am simply listing the Linux computer sellers here, I cannot vouch for their product quality, after sale service, or other such things.

This is not a ranked list. The items listed here are in no particular order. The numbers are for the purpose of counting the items, not ranking them.

Let’s see where you can get desktops and laptops with Linux preinstalled from.

If you read my review of Dell XPS Ubuntu edition, you know that I loved this laptop. It’s been more than two years and this laptop is still in great condition, and performance has not deteriorated.

Dell XPS is an expensive device, with a price tag of around $1000. If that’s out of your budget, Dell also has an inexpensive offering in its Inspiron laptop line.

Do note that Dell doesn’t display the Ubuntu/Linux laptops on its website. Unless you already knew that Linux laptops are offered by Dell, you wouldn’t be able to find them.

So, go to Dell’s website and enter “Ubuntu” in its search box to see the products that ship with Ubuntu Linux preinstalled.

Availability: Most parts of the world. 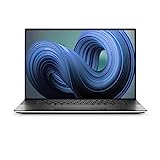 System76 is a prominent name in the world of Linux computers. This US-based company specializes in high-end computing devices that run Linux. Their targeted user base is software developers.

Initially, System76 offered Ubuntu on their machines. In 2017, they released their own Linux distribution, Pop!_OS, based on Ubuntu. Since then, Pop!_OS has been the default OS on their machines, with Ubuntu still available as a choice.

In addition to performance, System76 has put a great emphasis on the design of its computers. Their Thelio desktop series has a handcrafted wooden design.

You may check their Linux laptops offerings here. They also offer Linux-based mini PCs and servers.

Did I mention that System76 manufactures its computers in America instead of the obvious choices of China and Taiwan? Their products are on the expensive side, perhaps for this reason.

Availability: USA and 60 other countries. Extra custom duty may be applicable outside the US. More info here.

Lenovo ThinkPads are quite popular among Linux users, even with mixed feelings about them for its compatibility with Linux in the past. And, now that most of the Lenovo laptops will be Linux certified, it could be one of the best choices to go with to get a Laptop. And, you can order one for yourself through their official site.

The flagship models are definitely expensive, but you will find a wide range of variants available starting from $500 range. Of course, the pricing will vary depending on your country but Lenovo laptops or ThinkPads in general is considered as a durable machine.

Lenovo’s laptops aren’t really known for any crazy design but the build quality. So, you have to keep that in mind and compare the prices on their official website before you decide.

It is also worth noting that you get the choice of having Fedora or Ubuntu pre-installed depending on what Laptop you’re going for (mostly in the U.S and Canada). However, that choice is not available for India yet through the official online store.

Availability: Most parts of the world.

Purism is a US-based company that takes pride in creating products and services that help you secure your data and privacy. That’s the reason why Purism calls itself a “Social Purpose Corporation.”

Pure OS can run on both desktop and mobile devices, and it is the default choice of operating system on Librem laptops and Librem 5 Linux phone.

Purism gets its components from China, Taiwan, Japan, and the United States, and assembles them in the US. All their devices have hardware kill switches to turn off the microphone/camera and wireless/bluetooth.

Slimbook is a Linux computer vendor based in Spain. Slimbook enetered the limelight after launching the first KDE branded laptop.

Their offerings are not limited to just KDE Neon. They offer Ubuntu, Kubuntu, Ubuntu MATE, Linux Mint, and Spanish distributions like Lliurex and Max. You can also choose Windows, at an additional cost, or opt for no operating system at all.

Slimbook has a wide variety of Linux laptops, desktops, and mini PCs available. An iMac-like 24″ curved monitor that has an in-built CPU is an awesome addition to their collection.

Want a liquid cooled Linux computer? Slimbook’s Kymera Aqua is for you.

Availability: Worldwide but may cost extra in shipping and custom duty

Another European candidate on this list of Linux computer vendors, TUXEDO Computers is based out of Germany and mainly focuses on German and other European users.

TUXEDO Computers only uses Linux, and the computers are “manufactured in Germany” and come with a 5 year guarantee and lifetime support.

TUXEDO Computers has put some real effort in customizing its hardware to run Linux. And if you ever run into trouble or want to start afresh, you have a system recovery option to restore the factory settings automatically.

TUXEDO Computers has a number of Linux laptops, desktops, and mini-PCs available. They have both Intel and AMD processors. Apart from the computers, TUXEDO Computers also has a range of Linux-supported accessories, like docking stations, DVD/Blue-Ray burners, power banks, and other peripheral devices.

Vikings is based in Germany (instead of Scandinavia :D). Certified by the Free Software Foundation, Vikings focuses exclusively on Libre-friendly hardware.

The Linux laptops and desktops by Vikings come with coreboot or Libreboot instead of proprietary boot systems like BIOS and UEFI. You can also buy server hardware running no proprietary software.

Vikings also has other accessories, like routers, docking stations, etc. The products are assembled in Germany.

No, it’s not the official Ubuntu Shop, even though it has Ubuntu in its name. Ubuntushop is based in Belgium and originally started selling computers installed with Ubuntu.

Today, you can get laptops preloaded with Linux distributions like Mint, Manjaro, and elementary OS. You can also request a distribution of your choice to be installed on the system you buy.

One unique thing about Ubuntushop is that all of its computers come with a default Tails OS live option. So even if it has another Linux distribution installed for regular use, you can always choose to boot into the Tails OS (without a live USB). Tails OS is a Debian based distribution that deletes all traces of its use after logging out, and it uses the Tor network by default.

Unlike many other big players on this list, I feel that Ubuntushop is more of a “domestic operation,” where someone manually assembles your computer and installs Linux on it. But they have done quite a good job providing options like easy re-install, their own cloud server, etc.

Got an old PC? Send it to them while buying a new Linux computer and they will send it back to you after installing a lightweight Linux on it, so that the old computer is recycled and can still be put to some use.

Availability: Belgium and rest of Europe.

Minifree, short for Ministry of Freedom, was a company registered in England. However, amidst the pandemic, it temporarily shutdown its operations in June 2020 and has resumed operations with a re-brand to RetroFreedom.

It provides secure and privacy-respecting computers that come with Libreboot instead of BIOS or UEFI.

They also come pre-installed with Trisquel, endorsed by Free Software Foundation, which means that you can be sure that their computers adhere to the guidelines and principles of Free and Open Source Software.

Unlike many other Linux laptop vendors on this list, computers from RetroFreedom are not super-expensive. You can get a Libreboot Linux laptop running Trisquel GNU/Linux starting from 200 euro.

You get a 2-Year warranty for all the products. If you care to run only 100% free software like Richard Stallman, RetroFreedom is for you.

Entroware is another UK-based vendor that specializes in Linux-based laptops, desktop, and servers.

Like many others on the list, Entroware also has Ubuntu as its choice of Linux distribution. Ubuntu MATE is also available as a choice on Entroware Linux laptops.

Apart from laptops, desktop, and servers, Entroware also has their mini-PC Aura and the iMac style monitor with built-in CPU, Ares.

This is a new Linux laptop vendor on our list. Juno Computers is also based in the UK and offers computers preinstalled with Linux. Elementary OS, Ubuntu, and Solus OS are the choices of Linux distributions here.

Juno offers a range of laptops and a mini-PC called Olympia. Like almost all the mini-PCs offered by other vendors here, Olympia is also basically an [lasso link=”B07GX4X4PW” title=”Intel NUC” link_id=”14383″ ref=”intel-nuc-8-mainstream-kit-nuc8i3beh-core-i3-tall-addt-components-needed” id=”101747″].

The main highlight from Juno Computers is a low-cost Chromebook alternative, Juve, that costs £299. It runs a dual-booted system of Solus/elementary with an Android-based desktop operating system, Prime OS.

Pine64 is known for its single board computers. It also offers a budget laptop series called Pinebook.

Pinebook is basically a single board computer like Raspberry Pi, inside a plastic body. This laptop costs less than $100.

Since Pinebook is too low-end to be a usable desktop computer, Pine64 has an upgraded model called Pinebook Pro. This one has decent specifications for an entry level laptop.

is a Netherlands-based company that helps you with and mini-PCs as well.

It lets you configure the specifications of your desired laptop offering a minimum 2 years warranty. You can choose from a range of Linux distros that includes Linux Mint and Ubuntu, among others.

The laptops offered are usually premium-looking with backlit keyboards in most of the cases. You can explore their website to know more about them.

I have listed 13 places to get Linux computers, but there are several other such shops available. I cannot include all of them on the main list, and a couple of them seem to be out of stock for most products. However, I am going to mention them here so that you may check them on your own:

Other mainstream computer manufacturers like Acer, Lenovo, etc. may also have some Linux systems in their catalog, so you may check their products as well.

Have you ever bought a Linux computer? Where did you buy it? How’s your experience with it? Is it worth buying a Linux laptop? Do share your thoughts.