You are here: Home / Gadgets / 15 Single Board Computers: Alternatives to Raspberry Pi

Brief: Looking for a Raspberry Pi alternative? Here are some other single-board computers to satisfy your DIY cravings.

Raspberry Pi is the most popular single-board computer right now. You can use it for your DIY projects or as a cost-effective system for learning coding – or you can even install media server software on it to stream media at your convenience.

You can do a lot of things with the Raspberry Pi, but it’s not the ultimate solution for every kind of tinkerer. Some might be looking for a cheaper board and some might be on the lookout for a powerful one.

The list is in no particular order of ranking. Some of the links here are affiliate links. Please read our affiliate policy.

For just $13, the Omega2+ is one of the cheapest IoT single-board computers you can find out there. It runs on LEDE (Linux Embedded Development Environment) Linux OS – a distribution based on OpenWRT.

Its form factor, cost, and the flexibility that comes from running a customized version of the Linux OS make it a perfect fit for almost any type of IoT application.

You can find the Onion Omega kit on Amazon or order it from their own website, which involves extra shipping charges.

This is a very unique and interesting Raspberry Pi alternative from NVIDIA for just $99. Yes, it’s not something that everyone can make use of – but it’s great for a specific group of tinkerers and developers.

NVIDIA explains it for the following use-case:

NVIDIA® Jetson Nano™ Developer Kit is a small, powerful computer that lets you run multiple neural networks in parallel for applications like image classification, object detection, segmentation, and speech processing. All in an easy-to-use platform that runs in as little as 5 watts.

So, basically, if you’re into AI and deep learning, you can make use of this developer kit. 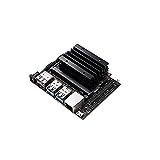 The main highlight of this board is the presence of a 16 GB eMMC (in layman’s terms, it has SSD-like storage on board, making it faster to work on).

ClockworkPi is usually a part of the GameShell Kit if you’re looking to assemble a modular retro gaming console. However, you can purchase the board separately for $49.

Its compact size, WiFi connectivity, and the presence of a micro HDMI port make it a great choice for a lot of things.

If you’re into robotic projects or you want something for a 3D printer, the Arduino Mega 2560 will be a handy replacement for the Raspberry Pi. Unlike Raspberry Pi, it’s based on a microcontroller, not a microprocessor.

For the same investment that you would make on a Raspberry Pi 3 B+, you’ll get a faster processor and double the memory with the Rock64 Media Board. In addition, it also offers a cheaper alternative to the Raspberry Pi if you want the 1 GB RAM model, which costs $10 less.

Unlike the Raspberry Pi, you don’t have wireless connectivity support here, but the presence of USB 3.0 and HDMI 2.0 does make a good difference if that matters to you.

Odroid-XU4 is the perfect alternative to Raspberry Pi if you have room to spend a little more ($80-$100 or sometimes less, depending on the store/availability).

It is indeed a powerful replacement and technically a bit smaller in size. The support for eMMC and USB 3.0 makes it faster to work with.

PocketBeagle is an incredibly small SBC – quite similar to the Raspberry Pi Zero. However, it costs the same as a full-sized Raspberry Pi 3 model. The main highlight here is that you can use it as a USB key-fob and then access the Linux terminal to work on it.

Le Potato by Libre Computer is also identified by its model number AML-S905X-CC. It would cost you around $45.

If you want double the memory along with an HDMI 2.0 interface and you don’t mind spending a bit more than a Raspberry Pi would cost you – this is the perfect choice. However, you won’t find wireless connectivity baked in.

This one comes loaded with an 8 GB eMMC – which is the key highlight of this Raspberry Pi alternative. Because of this, it will cost you $60.

The presence of an HDMI interface makes it 4K-ready. In addition, Banana Pi offers a much greater variety of open-source SBCs as an alternative to Raspberry Pi.

The Orange Pi Zero is an incredibly cheap alternative to the Raspberry Pi. You’ll be able to get it for less than $10 on AliExpress or Amazon. For a little more investment, you can get 512 MB of RAM.

If that isn’t sufficient, you can also go for the Orange Pi 3 with better specifications, which will cost you around $25.

The basic model includes 2 GB of RAM, a 16 GB eMMC and Bluetooth 4.1. However, the Pro/Max versions include Bluetooth 5.0, more memory, and more eMMC storage.

If you want a cheap and customizable Raspberry Pi alternative, the NanoPi NEO2 should do the job.

It may not be the most powerful in the range, but you can opt to purchase a heatsink, case, and a lot more accessories as add-ons for it. You should be able to get it for about $20.

Helios64 was scheduled to be commercially available in January 2020. You can start pre-ordering it according to their official announcement post.

If you’re keeping an eye out for a board fit for making a NAS server, this should be very good – although we haven’t tried it personally. You can give it a try if it looks interesting enough.

You can opt for either just the board or the total bundle including the case. Do note that this board is on the expensive side – so it may not necessarily be a good Raspberry Pi alternative for everyone. The board alone will cost you $189 if you pre-order it (including the heatsink).

This is technically almost the same as the Odroid XU4 mentioned above. However, if you want to make a Network Attached Storage server at an affordable price, you can consider this single-board computer instead of a Raspberry Pi.

We do know that there are different types of single-board computers. Some are better than the Raspberry Pi – and some are scaled-down versions of it with a cheaper price tag. Also, SBCs like the Jetson Nano have been tailored for a specific use. So depending on what you require, you should verify the specifications of the single-board computer.

The gadgets discussed here are more in the range of ~$50. If you want something cheaper, read our list of Raspberry Pi Zero alternatives.

If you know about any alternatives that may be better than the ones mentioned above, feel free to let us know in the comments below.

A passionate technophile who also happens to be a Computer Science graduate. You will usually see cats dancing to the beautiful tunes sung by him.

Join 75,000 other Linux users and start your journey to become a better, informed desktop Linux user.