7 Reasons Why I Use Manjaro Linux And You Should Too

Everyone who uses Linux has heard of the big names like Ubuntu, Debian, Arch, and Mint. Few people know about smaller distros like Manjaro. Those people don’t know what they are missing. The article will explain ‘why I use Manjaro and you should too’.

I’ve always been interested in computers and the early history of computers. A couple years ago, I bought an older HP tower to learn about Linux. Now, I’m on my second Linux laptop. I’ve tried quite a few distros, including several Ubuntu flavors, Linux Mint, Fedora, OpenSUSE, and Debian. I installed Manjaro three years ago and haven’t looked back. 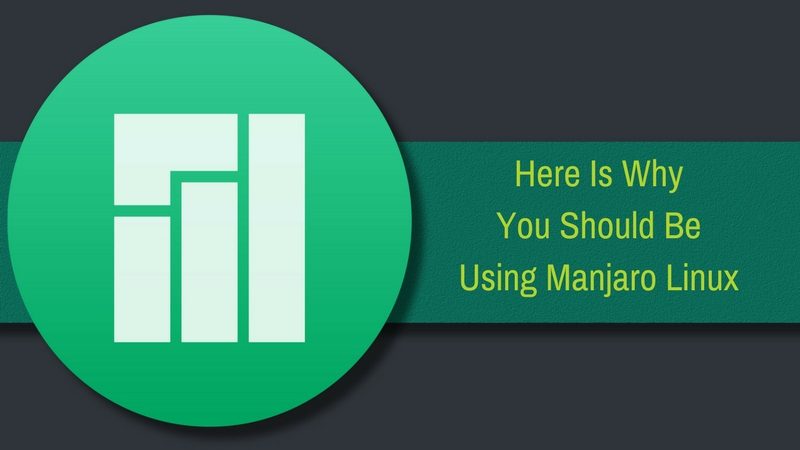 Here are the top reasons why I use Manjaro Linux and why you should too.

1. Arch Without All the Hassle

Manjaro is one of the few Linux distributions that are not based on Ubuntu. Instead, it is built on the continually cutting edge Arch Linux. Arch is a great distro, but unfortunately, if you want to install it you have to do a lot of work. You start off with a base system and you have to install and setup everything yourself. This can be a real pain if you just want to give Arch a spin or you’re new to Linux.

No wonder there are plenty of jokes around installing Arch Linux, like this one:

A post shared by It's FOSS (Linux & OpenSource) (@itsfoss)

Manjaro takes all of the hassle out of installing Arch. Like most distros, all you have to do is download the ISO file, write it to a thumb drive, and install it. The Calamares installer gives you a smooth experience similar to Ubuntu’s Ubiquity installer.

When installing Linux, it can be a pain to get all the hardware working. When you install Manjaro, it scans the system and installs the required drivers. On one of my computers, I have an old Broadcom wireless card. Every time I install a new distro, I have to go through some extra steps to get that Broadcom chip working. When I install Manjaro, it works out of the box.

3. Don’t Have to Worry About PPAs

Before I switched to Manjaro, I used both Lubuntu and Linux Mint. The one thing that really bugged me was having to deal with PPAs (Personal Package Archive). Basically, a PPA is a repo for just a single application or a small group of applications. For those who never had to deal with this, allow me to explain.

Every time I wanted to install a piece of software that was not in the offIcial Ubuntu repos, I had to link a new PPA to my system via the terminal. Once it was linked and I had run sudo apt-get update, then the program was available for installation.

While adding the PPA doesn’t take a lot of time, it is a pain. When I upgraded from one version of Linux Mint to another I has a hell of a time getting the PPA I used switched over. If you use a lot of PPAs, it can quickly become a rat’s nest.

Then there’s the security aspect. There have been several times in the past when people have gotten a hold of old and unused PPAs and used them to push out malware.

Since Manjaro uses Arch as a base instead of Ubuntu, it doesn’t support PPAs. Instead, you have access to the Arch User Repository. for more info, read on. 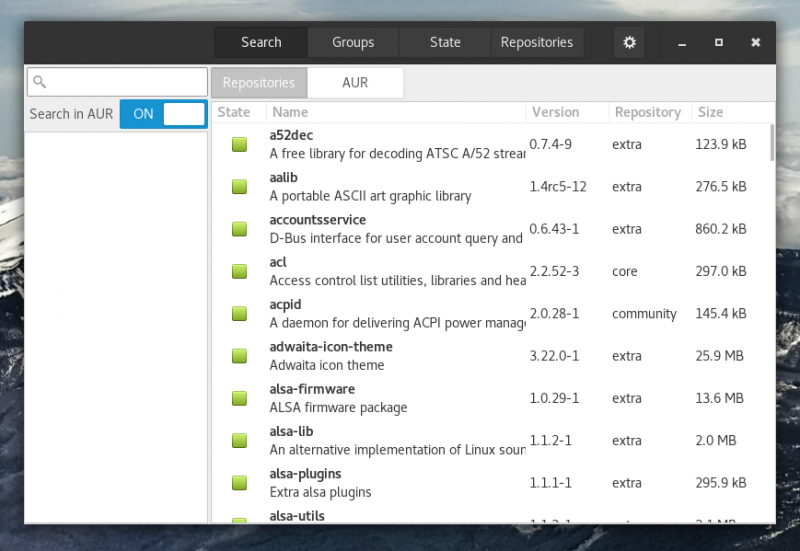 Just because Manjaro doesn’t have PPAs, don’t think that it lacks in software. The Manjaro team maintains a large software repository. Beyond that, Manjaro users also have access to the Arch User Repository. The AUR is made up of user created scripts to install applications not packaged for Arch (or in this case Manjaro). Quite a few of the applications in the AUR were either originally packaged for Ubuntu or are pulled directly from Github. The scripts in the AUR then modify the .deb files, so that they can be installed on Manjaro.

There are downsides to using the AUR. Sometimes the dependencies required by and AUR packages conflict with something already installed. You can also run into broken and out-of-date packages. But I’ve had very few problems, so far.

5. Latest and Greatest without Killing Your System

One of the problems that Arch users often have, because it is a rolling release, a new package will be released and it will break their system. The Manjaro team works to avoid that by testing new packages before making them available to users. While this might make Manjaro slightly less than bleeding edge, it also ensures that you’ll get new packages a lot sooner than distros with scheduled releases like Ubuntu and Fedora. I think that makes Manjaro a good choice to be a production machine because you have a reduced risk of downtime. 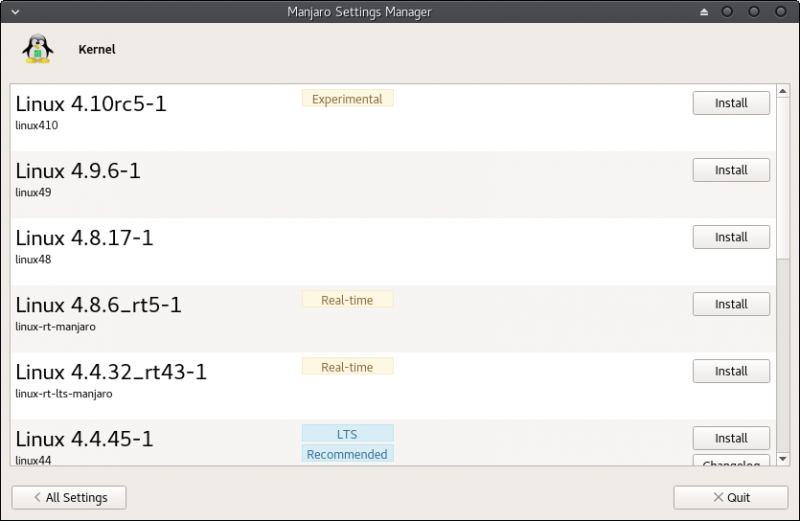 In order to switch kernels on most distros, you have to use some terminal wizardry. Manjaro has a nice little application that allows you to install as many kernels as you want. This is handy if you have an older laptop and it doesn’t like a new kernel. In my case, I have an HP laptop that slows way down when you use a kernel newer than 4.4. and switching kernels was just a couple of clicks away.

There are a number of distro communities (including Arch) that are known for not being very noob friendly. The same is not true for Manjaro. The official Manjaro forum is a great place for new people to find help. They also have forums available in over 29 languages for non-English speakers

Do you use Manjaro? If so, let us know about your experiences below. If you found this article interesting, please share on social media.