Ubuntu Data Collection Report is Out! Read the Interesting Facts

If you have been following the Ubuntu 18.04 related news, you probably already know that with version 18.04, Canonical started collecting some stats at installation time.

The collected data is not-personally-identifiable. Meaning that a user cannot be singled out or tracked based on the data he/she provided. Here’s what Ubuntu collects

You get the option to opt out of data collection at the Welcome Screen. 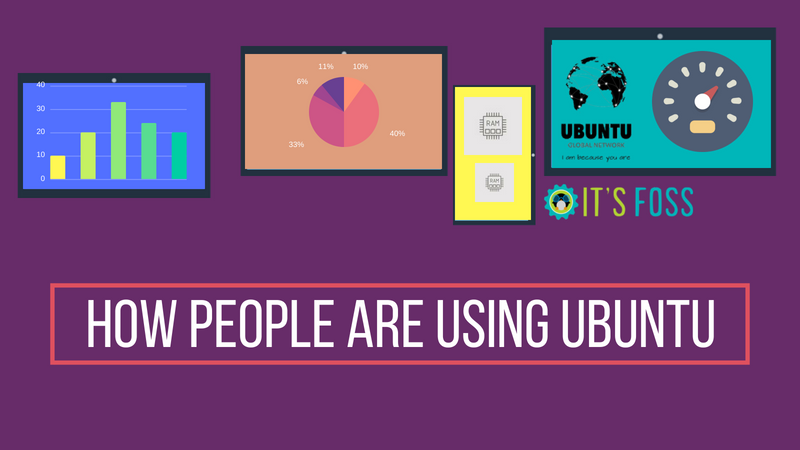 The first report on the collected data is out. Canonical hasn’t provided the raw data, just some stats in percentage. They also haven’t disclosed the sample size as well so we don’t know if the stats are from 1000 users or 100,000 users.

The report does provide some interesting insights into how people use Ubuntu and what kind of configuration they opt for their Ubuntu install.

67% of Ubuntu 18.04 ‘opted’ to share their data. I deliberately used quotes on opted here because data sharing is opt-in by default. If you don’t want to share your data, you have to specify after the first install, on the welcome screen.

As the human nature goes, many people just click on Next after Next without reading. I am sure if the opt-in was not enabled default, the sample size of collected data set would have been less than a third of the current one.

Personally, it takes me less than 10 minutes to install Ubuntu. But as per stats, 18 minutes is the average time for Ubuntu installation.

Guess what? Ubuntu team is going to improve on this further.

Meanwhile, I remember that my Windows 10 update certainly takes more than 10 minutes with several reboots in the process.

Not many dual boots, even less encrypt the disk 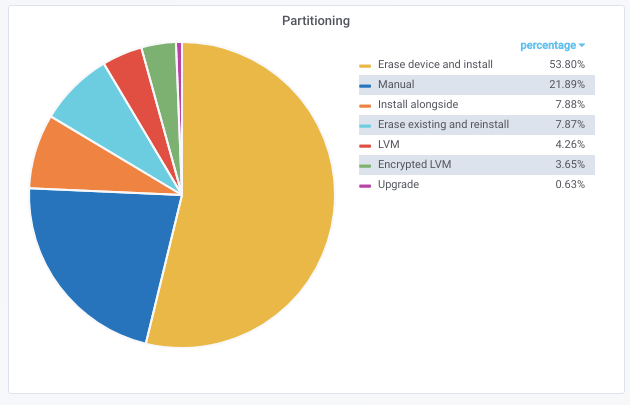 Most people have opted for ‘erase device and install’ option indicating that Ubuntu is their primary and only operating system. Encrypting the disk is not favored at all.

Over 90% users download the updates while installing while 53% users installed the third-party codecs. Personally, I don’t like doing it while installation because it delays the install if your internet is slow. In either case, updating the system is one of the first few things to do after installing Ubuntu 18.04.

What surprised me that around 30% of people opted for auto-login. Weird!

In the RAM division, 4GB and 8GB RAM are the most common ones. I can see 128GB RAM in the chart as well. Is it already a thing or some supercomputer running Ubuntu shared the detail? ;)

Other interesting facts about Ubuntu usage

Here are some other interesting finds from the collected data:

What is the most interesting finding?

To me, people using 128GB RAM came as surprise. What about you? What do you think of the data collection and anonymously shared stats? What did you find the most interesting here?

I created an infographic out of the Ubuntu data collection. Feel free to embed it on Pinterest or on your website:

Some images have been taken from official Ubuntu blog.