You are here: Home / Tutorial / How To Turn On And Shutdown The Raspberry Pi [Absolute Beginner Tip]

Brief: This quick tip teaches you how to turn on Raspberry Pi and how to shut it down properly afterwards.

The Raspberry Pi is one of the most popular SBC (Single-Board-Computer). If you are interested in this topic, I believe that you’ve finally got a Pi device. I also advise to get all the additional Raspberry Pi accessories to get started with your device.

You’re ready to turn it on and start to tinker around with it. It has it’s own similarities and differences compared to traditional computers like desktops and laptops.

Today, let’s go ahead and learn how to turn on and shutdown a Raspberry Pi as it doesn’t really feature a ‘power button’ of sorts. 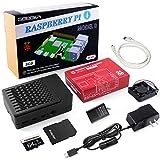 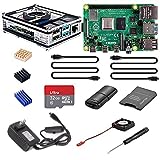 How to turn on Raspberry Pi

If you have never used Raspberry Pi like devices, you would probably search for the power button to turn on the Raspberry Pi. Unfortunately, that’s not the case here.

But, before you do that you should make sure that you have done the following things.

Once you have done the above, plug in the power cable. This turns on the Raspberry Pi and the display will light up and load the Operating System. You should see a green light blinking periodically.

If you turned it off and you want to turn it on again, you’ll have to unplug the power cord either from the power socket (preferred) or from the power port of the board. There is no power button.

How to shutdown the Raspberry Pi

Shutting down the Pi is pretty straight forward, click the menu button and choose shutdown.

Alternatively, you can use the shutdown command in the terminal:

Once the shutdown process has started wait till it completely finishes and then you can cut the power to it.

Again, once the Pi shuts down, there is no real way to turn the Pi back on without turning off and turning on the power. You could the GPIO’s to turn on the Pi from the shutdown state but it’ll require additional modding.

Note: Micro USB ports tend to be fragile, hence turn-off/on the power at source instead of frequently unplugging and plugging into the micro USB port.

Well, that’s about all you should know about turning on and shutting down the Pi, what do you plan to use it for? Let me know in the comments.

Join 75,000 other Linux users and start your journey to become a better, informed desktop Linux user.