Brief: A quick review of Otter Browser and why it brings joy for the old Opera lovers.

The web browser scene looked quite different in the early 2000s. There were two main browsers. Internet Explorer dominated the space with almost 95% market share.

A small upstart named Mozilla had released a browser named Firefox that started the seemingly impossible job of taking away some of that market share. There was a third browser that was not as wide used, but still had a huge impact on the modern browser: Opera.

Even with all these groundbreaking features, Opera never reached number three in terms of market share. In February of 2013, Opera announced they would drop their own Presto layout engine in favor building a new browser based on Google’s Chromium project.

This decision left many hard-core Opera fans in the cold. Opera had a charm of its own, now it’s Chrome with a slightly different coat of paint and improved features, just like SlimJet or any other browser based on Chrome.

Polish developer Emdek started the Otter Browser project “to recreate the best aspects of the classic Opera (12.x) UI using Qt5”. According to the project’s FAQ, Otter will not just be a clone of Opera 12. As Emdek says,

Nope, not all of it is even possible or feasible (like Unite, widgets etc.), some of these concepts started to show their age or could be simply done better (for example more flexible while being also simpler to implement and comprehend by the end user).

According to Emdek, he plans to make Otter a modular browser. For example, you will be able to replace the stock bookmark manager with a completely different one. He also plans to include an email client. (Opera had a built-in email client, but they spun it off to be a separate program when they switched to the Chromium codebase.) The mail client will be a module that users can choose to install if they want to or not.

Emdek also mentioned that he wants Otter to be able to use other backends besides QtWebKit. He hopes to include Blink and possibly Gecko. 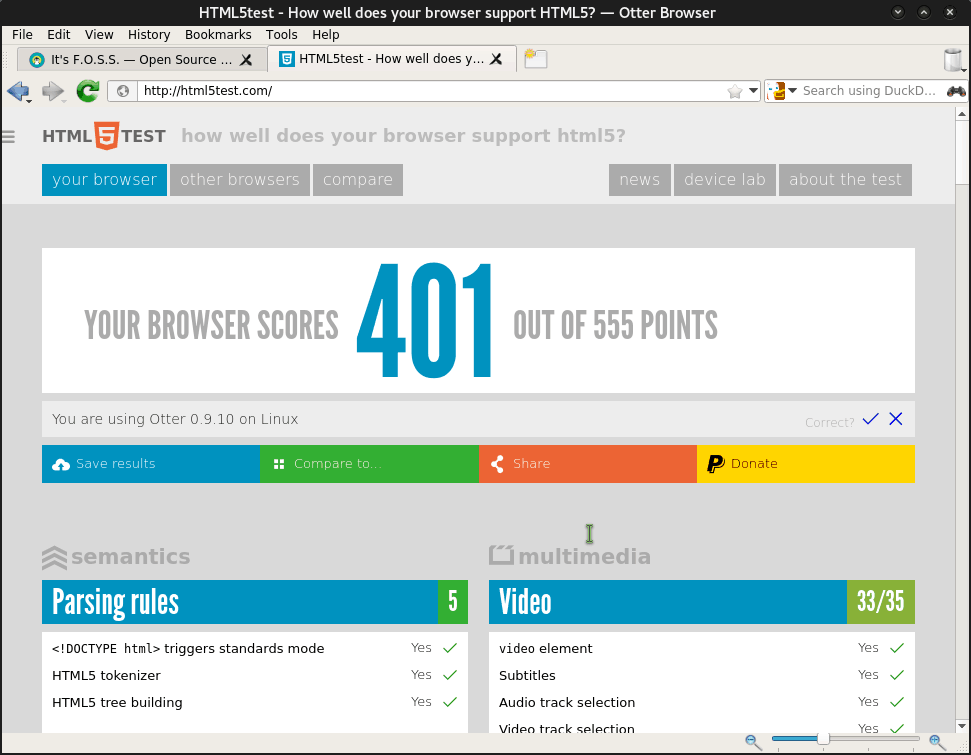 The Otter Browser project still has quite a bit of work to do. To give you an idea of what the developers have planned, here is a to-do list taken from the project’s Github page:

Future features include support for Chrome extensions, a BitTorrent  module and more.

You can install Otter Browser on your Ubuntu-based systems by pasting these commands into your terminal.

If you have an Arch-based system, you can find otter-browser in the Arch User Repositories.

For all other Linux systems or Windows, you can download install files from the link below:

Otter Browser has way to go before it can match the features of Opera 12 (after all, they’re only on version 0.9.10), but they’ve made a great start. I like the idea of being a modular browser to keep the underlying code fresh. I only have experience with writing code for the web, but I know it can be a pain to replace code without affecting the rest of the project.

I also like the idea of being able to switch layout engines. I can see it as being useful for web developers to test their projects for multiple browsers.

What do you think? Were you a fan of the pre-Chromium Opera? Do you think this is another colossal waste of time? Let us know in the comments below.