In the last couple of years, game developers have started to take Linux seriously as a gaming platform. However, there are still a number of great open source games you can play on Linux while you are waiting for the latest AAA games to get ported. We’ve already covered TripleA, now let’s talk about OpenRA.

In the game, the player started out by building a base and gathering resources to build a military force to take out the enemy. It’s a delicate balance between quickly building your army and infrastructure without running out of resources. Along the way, you’ll also have to fend off enemy raids.

While the last games in the Command and Conquer franchise was released in 2010, the original games live on in OpenRA. 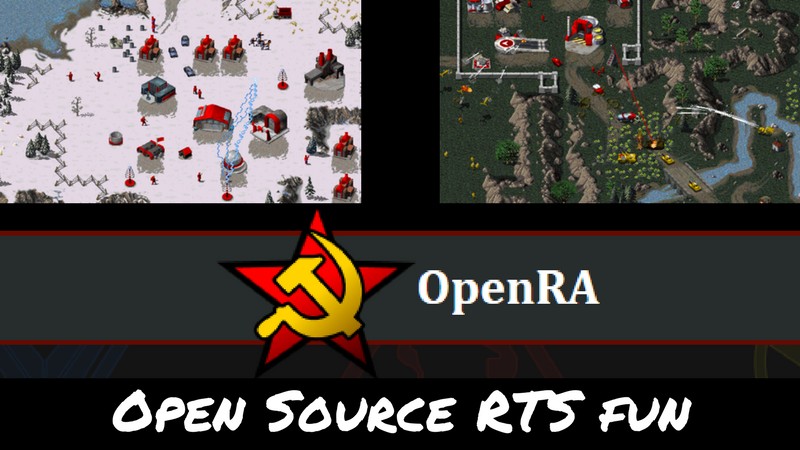 The OpenRA project was started in 2007. The goal was to create an open source game engine that could be used to recreate and reimagine the Command and Conquer games.

You may or may not be aware, but EA released the early Command and Conquer games as freeware in the early 2000s. So, the question is: why essentially recreate them? Well, there are two big reasons to do so.

First, to ensure that the games run properly on modern systems (OpenRA runs on Linux, Mac OS, Windows, and FreeBSD.). In most cases, it takes a lot of tweaking and fiddling to get the original games files to work on modern hardware and operating systems. This also means that the games get a high-resolution makeover. (The newest update, which was from late April, included support for HiDPI font rendering.)

Second, creating a new games engine can allow developers to incorporate features that were not even imagined when the original game was developed. OpenRA adds several such features, including:

Quick note: Once you install OpenRA, you still have to install the individual game files. There are some music files available, but other music files and briefings are not available with OpenRA. You are given the option to insert the original game disc to save them to your computer. You can find full instructions here.

What Games are Included in OpenRA?

Each of these games plays slightly differently. Tiberian Dawn is more focused on fast and fluid gameplay and takes influence from modern RTS games. Red Alert is more focused on strategy and includes a wide range of land, sea, and air units to take on the enemy. Dune 2000 takes a different twist on the RTS genre and included the dangerous and unpredictable spice worm.

Future Plans for the Project

The OpenRA team is not letting the grass grow under their feet. They are currently working to add support for the second generation of Command and Conquer games, starting with Tiberian Sun. Since it is a work in progress, Tiberian Sun is not included out of the box, but the source is available on their GitHub repository.

Another feature they are working on is improving support for custom games (or mods as they call them). Currently, they are working to “cleanly separate the OpenRA engine code from our C&C-specific mod details, so that it can be used as a general purpose RTS game engine”. There is a list of custom mods created for OpenRA, but this feature will greatly improve the game variety that can be created.

While I didn’t grow up with the Command and Conquer series, I appreciated the fact that it is available in an open sourced version. I have tried to get old games working on newer hardware, so I know the pain and frustration that it produces. I plan to play it more. To be honest, I have yet to win a game. It’s very hard.

Don’t forget, if this is something that you would like to contribute code to, check them out on Github.

Have you played OpenRA in the past? Will you? What is your favorite RTS game? Let us know in the comments.

If you found this article interesting, please take a minute to share it on social media, especially with fans of Command and Conquer.