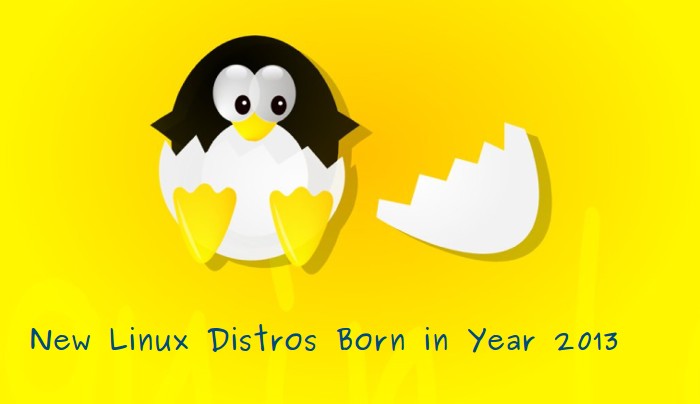 Year 2013 is coming to an end. I’ll be covering a series of articles under the title of Year 2013 for Linux. I’ll try to consolidate how good or bad was the year 2013 for Linux. We’ll go through all the main stories related to Linux that happened in 2013. I’ll start the series with a list of new Linux distributions introduced in 2013.

Slackel is a Linux distribution based on Slackware Linux and Salix OS and is fully compatible with both. It uses KDE as the default desktop environment.

As the name suggests, Linux Lite is a lightweight Linux distribution aiming for beginners. It uses Xfce desktop.

BackTrack Linux died and resurrected as Kali Linux. Like BackTrack, Kali too is PenTest distribution.

Formerly known as PUIAS Linux, Springdale Linux is based on Red Hat Linux and is maintained by Institute for Advanced Study and Princeton University in the USA.

Emmabuntüs is a lightweight Linux distribution based on Xubuntu. It comes with a number of pre-configured programs that one uses in day to day life.

Antergos was previously known as Cinnarch, combining Arch Linux and Cinnamon desktop. The project moved on from its initial goal and now offers several desktop environments.

SolydX and SolydK are Debian based Linux distributions with Xfce and KDE desktops respectively. SolydXK provides both business edition and home edition.

Point Linux combines Debian with Mate desktop (Gnome 2 fork). It aims to be an easy-to-setup and easy-to-use Linux desktop.

Based on long term support release of Lubuntu, LXLE is a lightweight Linux distribution that comes up with a wide range of default applications.

Kwheezy is a Debian based Linux distribution with KDE as the desktop environment. With a range of default application and media codecs, Kwheezy aims to run out of box.

Based on Debian, MakuluLinux too comes with a range of application preinstalled on it.

OpenMandriva Lx is based on ROSA, a Russian Linux distribution that forked Mandriva in 2012. OpenMandriva is sponsored by Mandriva.