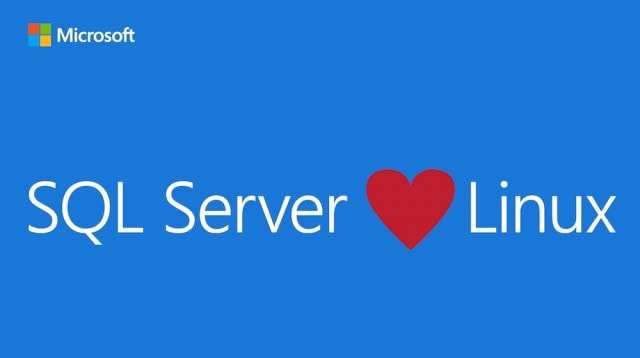 When Microsoft’s new CEO Satya Nadella first said that Microsoft loves Linux, no one took him seriously. Almost two years later, Microsoft has continually demonstrated that it was serious about it.

It started with .Net and then gradually we saw Visual Studio Code coming to Linux, MS launching its own Linux and open sourcing its JavaScript engine. The latest in this series is Microsoft SQL server.

Microsoft has announced that its upcoming SQL Server 2016 will also be available for Linux. Scott Guthrie, VP Cloud and Enterprise Group Microsoft, said:

Today I’m excited to announce our plans to bring SQL Server to Linux as well. This will enable SQL Server to deliver a consistent data platform across Windows Server and Linux, as well as on-premises and cloud.

This move is actually part of Microsoft’s long-term plan to enable SQL Server to produce a steady data platform across GNU/Linux and Microsoft Windows Server operating systems. By taking this key product to Linux, Microsoft is further projecting a cross platform solution provider. This gives customers choice and reduces the concerns for lock-in. The move also intends to accelerate the overall adoption of SQL Server.

While SQL Server 2016 will be available on Windows platform by end of this year, the Linux version will be released around mid-2017. While that’s the plan for the stable version, a private preview version (read closed beta) is being released to early adopters and developers interested in testing the technology. You can find more about it on its website:

Well, at least, the hotshots of Linux world are happy with this announcement.

“SQL Server’s proven enterprise experience and capabilities offer a valuable asset to enterprise Linux customers around the world. We believe our customers will welcome this news and are happy to see Microsoft further increasing its investment in Linux. As we build upon our deep hybrid cloud partnership, spanning not only Linux, but also middleware, and PaaS, we’re excited to now extend that collaboration to SQL Server on Red Hat Enterprise Linux, bringing enterprise customers increased database choice.”

“We are delighted to be working with Microsoft as it brings SQL Server to Linux. Customers are already taking advantage of Azure Data Lake services on Ubuntu, and now developers will be able to build modern applications that utilize SQL Server’s enterprise capabilities.”

The recent love expressed by Microsoft towards Linux seems to be a part of Microsoft’s Azure strategy. Azure is Microsoft’s offering to the cloud computing world and Microsoft is betting big on it.

As rightly pointed by Andrew Bust of ZDNet, “biggest reasons are the cloud and relevance. Microsoft is betting big on Azure, its cloud platform, and with that shift, an orthodox Windows-only approach no longer makes sense. If Microsoft gets Azure revenue from a version of SQL Server that runs on Linux, then that’s a win.”

Microsoft is definitely eyeing its own advantages but Linux community is surely going to benefit from this move. A win-win situation? I let you ponder over that and end this article with this quote from Linus Torvalds: 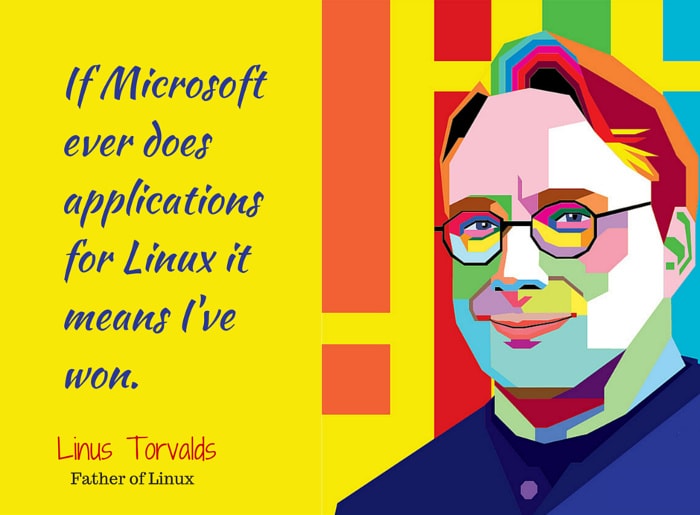