FossHub: Free And Open Source Software At One Place 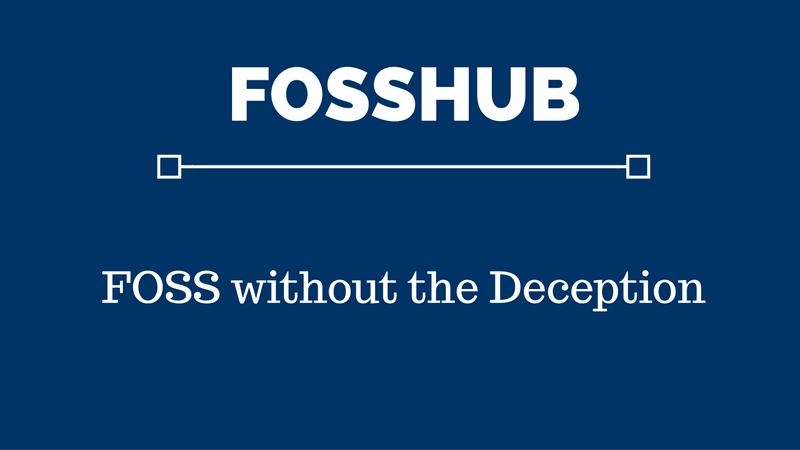 There’s a lot of Free and Open Source Software (FOSS) out there on the World Wide Web. Many are hidden away on their creator’s website. However, there is one site you can go to for all your FOSS needs: FossHub.

According to the founders, FossHub was founded in 2007 with the goal of becoming “reliable place for users who wish to download their favorite software titles and as a trustworthy partner for certain free projects”. Considering the problems that plagued software download sites of the past decade (SourceForge‘s bundled installers come to mind), this is a welcome change.

In fact, I ask the guys behind FossHub if they started it as a response to the SourceForge bundler scandal so that FossHub becomes an alternate to SourceForge. They responded negatively, but many people still seem to think so. 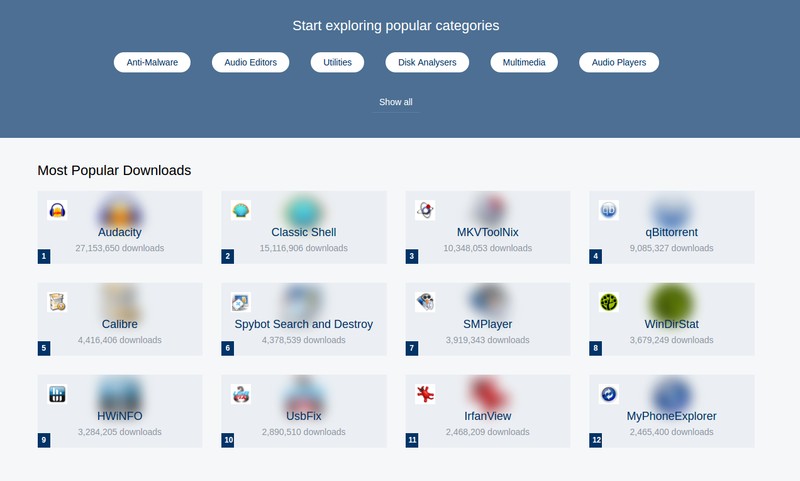 Unlike the majority of software download websites, FossHub does not bombard you with a ton of deceptive ads. Instead, they limit their onsite advertising to a single ad. They also accept donations via PayPal. Interestingly, they encourage you to donate directly to the creators of your favorite software by linking directly to their individual sites.

I asked the FossHub people if they had any big plans for the future. They told me that they had lots of ideas, but don’t always have the financial resources to follow through. They originally had a code hosting service to fill the hole left by Google Code but did have the money or time to improve it.

On their About Us page, they note that some people don’t like the fact that they also host a few freeware programs on their site. They reply that: “The truth is that freeware titles we list have helped us to pay for servers, bandwidth, and other services. We don’t even reply to software bundles offers or anything else designed to trick users while other Open Source projects have no problem with that.”

In order to get your software hosted on FossHub, it has to fulfill two requirements. First, it must be clean and safe for users. This means no bundled software. Second, FossHub reserves the right to removes a project if it takes up too much server space. They recommend contacting them first, to make sure that they can support the size requirements.

From all that, I’ve read. FossHub seems like a great little project with a great goal. It has gotten to a point where the only place you can download software is at the source site.

I know that SourceForge and other sites have cleaned up their act, but I’m sure there are a few people who are gun shy. One thing that worries me is that FossHub sounds a little shaky finance wise. I would recommend if you use FossHub, donate to help them keep the lights on.

What is your favorite FOSS downloading site? Let us know in the comments. If you found this article interesting, please take a minute to share it on social media.