An Overview of Intel's Clear Linux, its Features and Installation Procedure

Brief: Intel’s Clear Linux is not your everyday Linux distribution. It is created for a specific purpose and it excels in that.

Clear Linux is a product of Intel’s Open Source Technology Center focusing mainly on the cloud. It’s not your regular general-purpose Linux distributions, but a distribution that mostly suits various cloud use cases leveraging the best of Intel’s hardware and architecture. There are better power management and performance optimizations along with various other features.

It’s not a detailed Clear Linux review but I spent some time playing with it. And I’ll share my experience with Clear Linux installation and set up. But first, let us look at the features of Clear Linux in details. 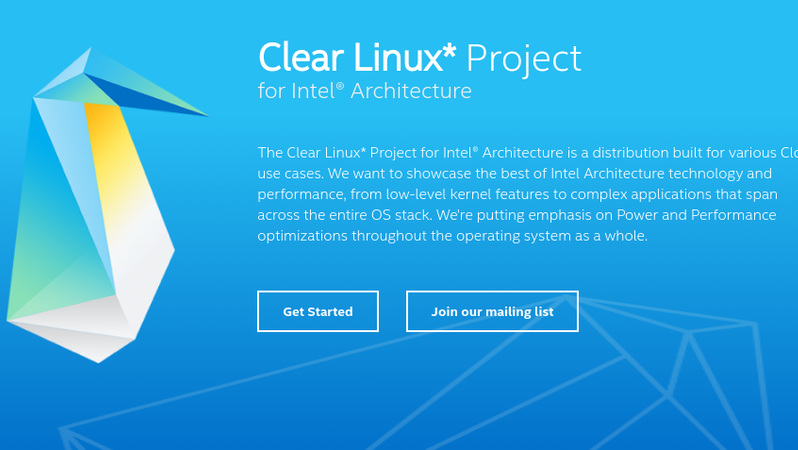 Clear Linux is designed to run on a very minimal hardware, as low as a single core CPU, 128 MB RAM and 600 MB of storage. However, they recommended the below system requirements for the optimized performance.

How to install Clear Linux

There are Virtual Hard Disk available containing disk partitions and a file system which can be used as the hard disk of a virtual machine.

You can grab a VHD for Azure, image for cloud, containers, hyper-v VHD, installer ISO and live image.

I have downloaded clear-linux installer image for Clear Linux OS, which I will be using to boot my system and install a GUI over it.

If you are setting it up in a Virtual Box like me, do not forget to enable EFI under System tab in Virtual Box to boot.

Step 1: Set up the Virtual Box and boot from the ISO.

The first steps include Keyboard selection and proxy settings for a connection to the update server. In the installation menu, you can select either of the two options: install Clear Linux OS or repair an existing installed copy.

In the Stability Enhancement Program, you can allow (and disallow) Clear Linux to collect reports to improve system stability and send it to Intel.

In the next step, choose Automatic installation type, or Manual if you prefer taking things in your hand. Next screen is for creating partition and choosing the media where you are going to install.

Last step asks you for the confirmation and installation begins. It will take some time before the installer notifies you of the completion. Remove the media and reboot it.

Once done, start the Virtual Machine and enter root as username and password which you want to keep for the system.

The next thing I will do is put up a GUI or Desktop Environment, but before that lets create a user first.

Step 2: Setting up root user and a User account

For the first time when you boot to Clear Linux OS, enter “root” as username and a password which you want to keep and use the below command to add another user.

Once done, you have to enable the sudo command for the user you created. Add the username to wheel group and enable the wheel group.

Create a file /etc/sudoers and add below line to it.

Clear Linux has a different architecture and uses software update utility or swupd to add or update applications and perform system updates. Before you can actually start using it, you will need to install some basic application like sysadmin-basic, editors, c-basics and other useful packages.

Now, you can run the below command to start the GNOME desktop manager.

With never-ending Linux distributions, Intel has not tried to create another general purpose Linux distro. Clear Linux is something that will be picked up gradually by various large corps that uses Intel’s hardware for a better performance and optimization. It’s availability in Azure marketplace hints to its expansion, for example.

What’re your thoughts on Clear Linux, tell us in the comments.