SourceForge Is Resurging Under A New Leadership 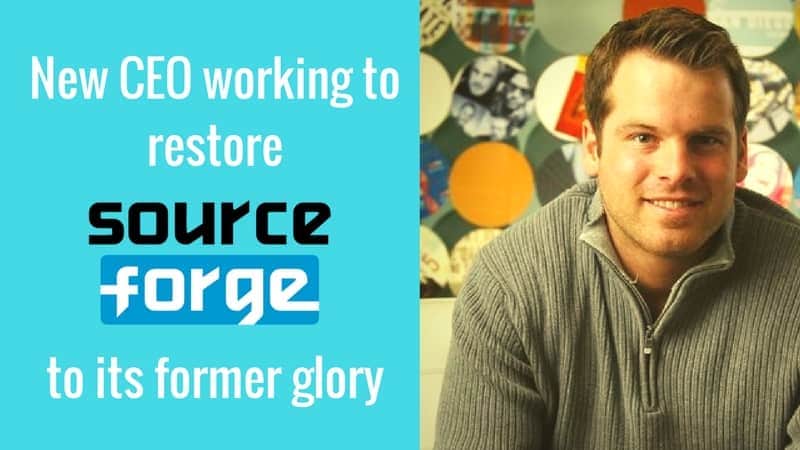 Last week, I wrote an article about FOSSHUB where I referred to the SourceForge bundling scandal. Shortly after that article hit the streets, the CEO of SourceForge contacted us to let us know that the bundler issue had been removed. We took the opportunity to ask him a few questions about SourceForge in particular and about him in general.

Logan Abbott is the owner of BizX, which purchased SourceForge and Slashdot in February of 2016. He also owns a number of comparison shopping sites that cover cell phone plans, business and residential phone service, cable and satellite TV, broadband internet, credit cards, banking, travel, and more. He also owns several news sites, including the aforementioned Slashdot and TmoNews.

Logan said that he has been a fan of SourceForge since the early 90s. In fact, that’s why when he heard SourceForge was for sale, he jumped at the chance to purchase it. He saw it as an opportunity to return it to its glory days.

The Death of Bundles

At the time of the sale, SourceForge had come under heavy criticism for its DevShare program. This program gave developers the option to insert ads into their installers. It also bundled unwanted software in the Windows installers. Logan said that the existence of the DevShare program did not factor into his decision to purchase SourceForge. Once the sale was complete, DevShare was removed from SourceForge.

Besides killing DevShare, Logan, and his team has done quite a bit to improve SourceForge. They removed all deceptive ads, set the site to use HTTPS only, and partnered with BitDefender to scan all projects for malware. They have also created a very nice HTML5 powered internet speed test that can be used from any device. A full redesign of SourceForge is in the works and will be rolled out in the next couple of months. One goal of the redesign is to modernize the look and make it mobile friendly.

I asked Logan what advice he has to today’s budding open-source developers. He said, “Learning to code is no easy task. The biggest advice I have for budding developers is to have patience and to be persistent. You may fail over and over before things finally begin to click, so patience is key.”

A post shared by It's FOSS (Linux & OpenSource) (@itsfoss)

When he’s not rescuing classic websites and helping people making purchasing decisions, Logan enjoys kite surfing, cycling, and traveling. He also enjoys a good game of League of Legends. As proof of his geek cred, he uses Linux Mint and Mac OS X for his computing needs.

I can tell that Logan has a lot of passion for SourceForge. He was a fan of it for many years, only to see the owners taking advantage of customers and hurt its image as the premier destination for FOSS. We all have had a little program or site that we were a fan of, only to see someone ruin it.

In Logan’s case, he had the chance to fix it. Not only that, but he it out beating the bushes, making sure that people know that the problems are fixed and more improvements are coming. I wish Logan and his team all the best as they work to make SourceForge the number one FOSS destination.

Have you used SourceForge recently? If not, did this article convince you to try it again? Let us know in the comments. If you found this article interesting, please take a minute to share it on social media.