Love Pokemon? Give Your Linux Terminal A Pokemon Makeover

Mewtwo is the strongest, the baddest Pokemon of all. Agree with me? Gimme a high five. Don’t agree with me? Haters gonna hate.

Although I quit watching Pokemon a long time ago, the nostalgia comes back to me now and then. Pokemon made our childhood awesome. The show, the cards, the Pikachu vs Charizard argument with friends at school, I must say Pokemon did make childhood amazing.

The latest Pokemon craze, the Pokemon Go game, well it neither needs an introduction nor the narration of extent of its popularity. Honestly, it was a great concept. Although augmented reality technology is still in its infancy and the great things are actually ahead of us, Pokemon Go implemented the AR technology we have now in an innovative way.

The game allowed us to live the fantasy we grew up believing in. 100 million downloads and growing, I wish more greatness for Pokemon Go.

Now coming to the topic at hand, Abhishek pinged me up and asked me to check out this new app called Pokemon-Terminal. Pokemon and terminal, both the words in one name? Dang.

Pokemon-Terminal is an app for Linux and MacOS. It changes the background of the terminal into your favorite Pokemon. It can also change the desktop background of your computer. There are 493 Pokemon featured in this application. The terminal background can be changed with just a single command. 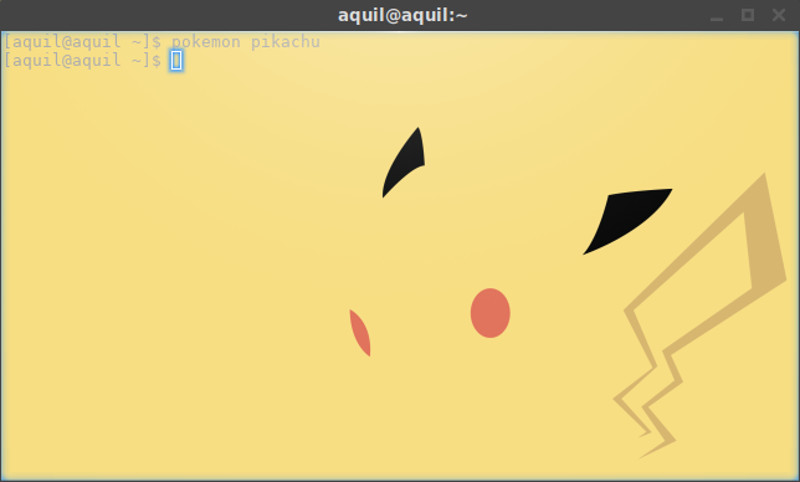 These Pokemon can also be browsed region wise. Yes, it is made by someone who really loves Pokemon. So let me quickly give you the installation instructions.

To change the Pokemon background 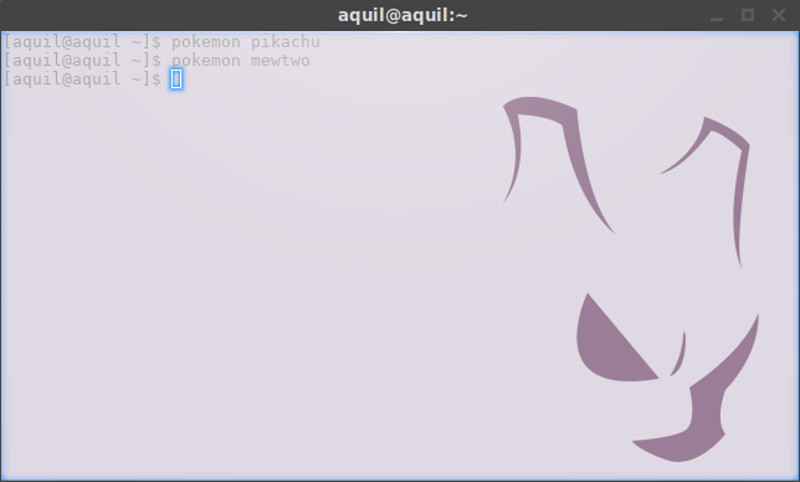 Currently, Pokemon-Terminal works only with Terminology. So you need to have it installed too. On Ubuntu/ Linux Mint, install Terminology by running the command below,

I am happy with Mewtwo or Pikachu on my terminal, for those of you who want to explore more, below is the complete command set.

Pokemon-Terminal worked flawlessly on the terminal. But it threw an error when I tried changing the desktop wallpaper (Window manager not supported). No points dropped. It did what it’s name suggested and I’m a happy man. I hope they expand the project to work on other terminals soon.

Do share the article and we’re genuinely interested in hearing your Pokemon nostalgia and stories. So go ahead and use the comments below. Cheers.