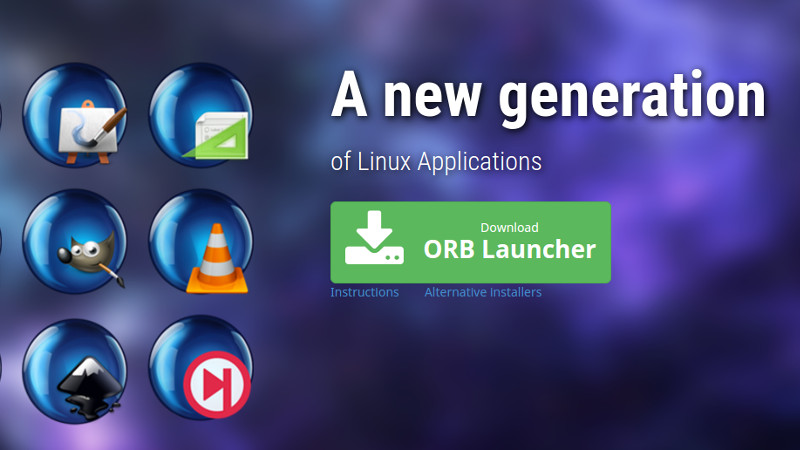 We have talked about installing applications offline in Ubuntu before. And we are going to talk about it once again.

Portable applications are always handy. Mostly because they can run on-the-fly without needing any administrator privileges, and also it can be carried around on small USB sticks along with all their settings and data. And these interactive installers will be able to allow us to install applications with ease.

ORB is a free & open-source package format and it’s different from the others in numerous ways. Some of the specifications of ORB is followings:

Portable ORB Applications is capable of running right away without needing any installation beforehand. That means it’ll need no administrator privileges and no dependencies! You can just download them from the Orbital Apps website and get to work.

And as it supports Portable Mode, you can copy it on a USB stick and carry it around. All its settings and data will be stored with it on that USB stick. Just connect the USB stick with any system running on Ubuntu 16.04 and you’ll be ready to go.

Wait for a few seconds as it prepares itself for running. And you’re good to go.

Another variety of ORB Applications is SuperDEB. SuperDEBs are easy and interactive installers that make the software installation process a lot smoother. If you don’t like to install software from terminal or software centers, SuperDEB is exactly for you.

And the most interesting part is that you won’t need an active internet connection for installing as all the dependencies are bundled with the installer.

More than 60 applications are currently available as SuperDEB. Some of the popular software among them are: Chromium, Deluge, Firefox, GIMP, Libreoffice, uGet & VLC.

According to Orbital Apps, they are fully compatible with Ubuntu 16.04 [64 bit].

Reading suggestion: How To Know If You Have 32 Bit or 64 Bit Computer in Ubuntu

As for other distros compatibility is not guaranteed. But we can say that, it’ll work on any Ubuntu 16.04 flavors (UbuntuMATE, UbuntuGNOME, Lubuntu, Xubuntu etc.) and Ubuntu 16.04 based distros (like upcoming Linux Mint 18). We currently have no information if Orbital Apps is planning on expanding its support for other Ubuntu versions/Linux Distros or not.

You can find the detailed instructions at official documentation.

What if I need an app that’s not listed?

If you need an application as ORB package that is not available right now, you can contact Orbital Apps. And the good news is, Orbital Apps is working hard and planning on releasing a tool for creating ORB packages. So, hopefully, soon we’ll be able to make ORB packages ourselves!

Just to add, this was about installing apps offline. If you are interested, you should read how to update or upgrade Ubuntu offline.

So, what do you think about Orbital Apps’ Portable Applications and SuperDEB installers? Will you try them?