MintBox Mini is a tinier yet more powerful version of its flagship hardware product MintBox.

If you did not know about MintBox already, one of the most popular Linux OS, Linux Mint is not just confined to software. It has a long-term partnership with Israeli computer manufacturer CompuLab to produce Linux Mint powered PC range called MintBox.

The first MintBox was released in January 2012 which was followed by an upgraded version MintBox 2. Guess the popularity of MintBox from the fact that it was sold out soon after its debut.

Both of these computers are super tiny, unique, and packs lots of connectivity options. Along with that, it packs a metal case and features the fanless design, which makes both of the computers completely silent.

So let’s go ahead and have a look at each gadget’s specification:

Mint Box 2 is the official Linux Mint PC that comes with pre-installed with the latest Linux Mint. It offers you 5 years of warranty, and it developed by a partnership between Compulab and the Linux Mint team.

MintBox Mini 2 Pro is slightly an upgraded version of the MintBox Mini 2. It features almost the same features and comes with the latest Linux Mint pre-installed. For the CPU, it uses the same Quad-Core Intel Celeron J3455.

In case, if these specs and the compact size of the Mintbox computers have impressed you, then let’s just talk about the pricing.

While both of the devices are quite similar to each other in terms of designs and features, however, the price is slightly different, which of course, makes sense. 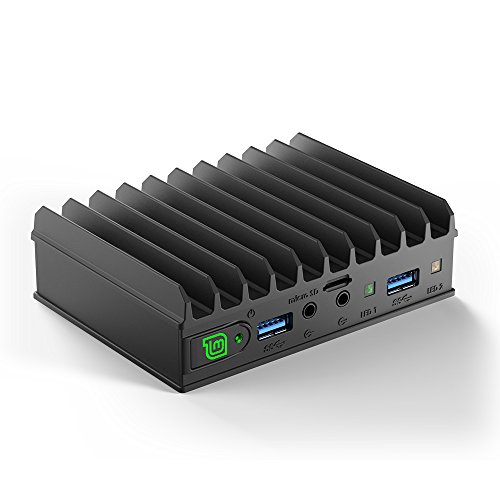 So, what do you think about the MintBox Mini 2? Both tiny Linux PCs are a great option for day to day work, and it does not cost you too much money. You can get one of these Linux miniPCs from Amazon.

Same sense of security and privacy but in a new size. Purism’ Librem Linux laptops are now available in 14 inches size as well.

Star Labs Systems have been producing Laptops tailored for Linux for some time. Recently, they have recently launched a Kickstarter campaign for their upcoming ‘Open Source Edition’ laptop that incorporates more features as per the requests by the users or reviewers.

Dave Merritt explains how Linux Mint is excellent in doing some basic stuff like customization, updates and system settings.