Have a Laugh With Funny Linux Man Pages

Brief: Who says Linux command line is no fun? When you are in the mood of some naughty, geeky fun, read these witty man page entries.

If you have been using Linux for some time, you might already be familiar with the term man pages. Mostly because you would have been advised by your colleague, friend or a total stranger on a Linux forum to RTFM (read the f***ing manpage).

Long before people start using search engines for each and everything, Linux users relied on the man pages to know how a certain Linux command works. It is still a great help.

But I am not going to talk about greatness or usefulness of the man pages. I am going to show you the witty side of man pages.

How about reading some witty man page entries? 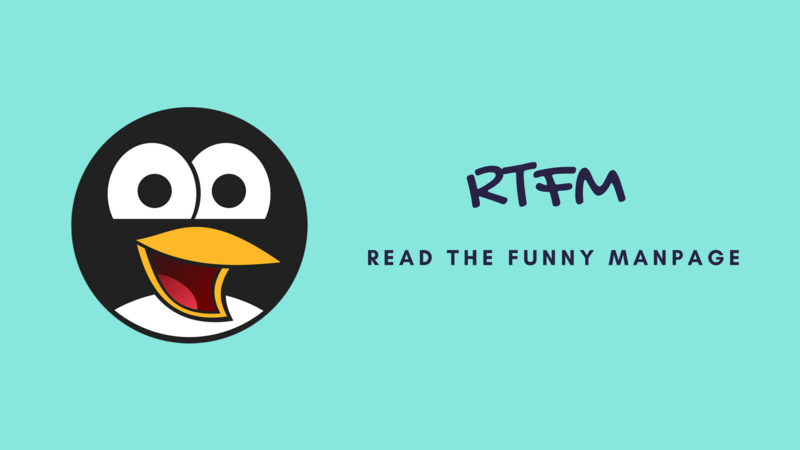 There is a package unsurprisingly called funny-manpages and it adds some witty entries to the man pages.

Before I show you a few examples, let me give you the same ‘warning’ that its description does:

A set of miscellaneous humorous manpages (don’t take them too seriously!). Includes, amongst others, rtfm (1). Warning! Some of these manpages might be treated offensive. You’ve been warned.

If you are not extra-sensitive and can tolerate stuff with a sexual overtone, you should be fine with these entries.

I think funny-manpages are available in most Linux distributions. You can install it using your distribution’s package manager. In Debian and Ubuntu based distributions, use the command below:

Once you have this package installed, you can read some entries using the man command. For example, if you use command man celibacy, you’ll see an output like this:

You can see the style of writing is identical to the real man page entries. While this particular entry is deliberately not big, some of the funny man page entries are well detailed.

Funny, isn’t it? Perhaps next time someone says RTFM, you could actually type man rtfm and read the entry: