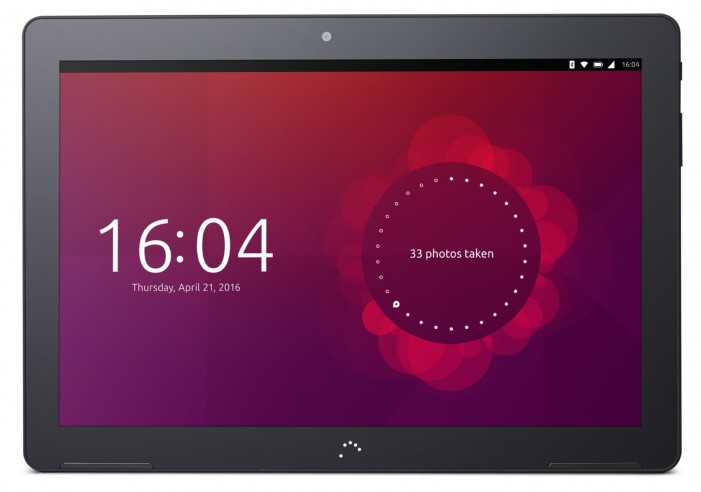 BQ is also the manufacturer of the first Ubuntu Phone. The partnership between Canonical and BQ extends to the tablet as well.

Ubuntu has been running the #reinvent campaign on social media and the web ahead of the launch to generate curiosity over the tablet. But does an Ubuntu fan really need a dedicated campaign to know about such things? I think not.

Ahead of this launch, specifications of the Ubuntu tablet and some teasers have been released. No surprises that the main focus has been on convergence.

Ubuntu Phone has demonstrated convergence several times in the past. Ubuntu tablet takes it to the next level. Just adding an HDMI cable makes it to a full-fledged desktop. All you need is a keyboard and a mouse. 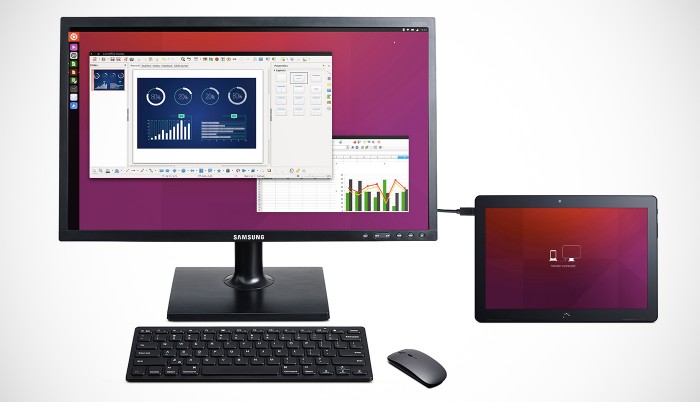 BQ will be using its trusted Aquaris M10 series to launch an Ubuntu edition. This is a strategy they used earlier with Ubuntu Phone where they launched an Ubuntu edition of their Aquaris e4.5 Android smartphone.

Aquaris M10 boasts of a decent hardware and an enormous 10 inches screen size. A quick list of specification includes:

These proposed specifications have been taken from Ubuntu’s official website which doesn’t match up with the Aquaris M10 specification on BQ website though. Ubuntu website shows a 12 MP camera while BQ website has 8 MP max.

As you can see, first Ubuntu tablet is not really a power horse. In 2016, 2GB of RAM doesn’t seem to be sufficient. Moreover, the closed source MediaTek processors are another let down of the first Ubuntu Phone.

However, a supposed price tag of Euro 260 (the Android version costs the same) is a positive factor here and considering its capability to converge into a desktop, 10 inches screen keeps it in the entry level Netbook section.

The 470 g weight is another plus factor.

While Ubuntu tablet will be officially unveiled at Mobile World Congress, you can have a glimpse of its looks and functionings in the pictures below:

BQ Aquaris M10 Ubuntu edition will go on sale in the second quarter of the year 2016. Guessing from Ubuntu Phone experience, it should be available for Europe and UK first and later in other parts of the world.

The price should be around 260-270 Euro. This too is an estimate based on the price of the Android version.

Up for the grab?

What do you think of it?