Manjaro Linux Is Coming To ARM With Manjaro-ARM 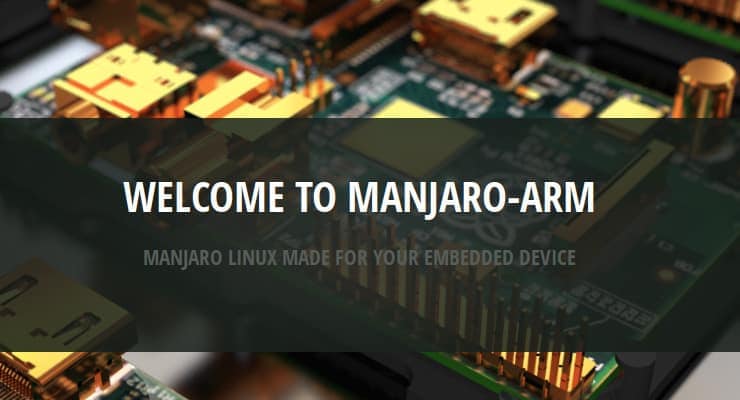 Recently, the developers of Manjaro have announced the release of an alpha build for ARM devices. This is a big step for the Arch-based distro, which up until this point only ran on 32 and 64-bit PCs.

According to the announcement, “Manjaro Arm is a project aimed to bring you the simplicity and customability that is Manjaro to ARM devices. These devices are growing in numbers and can be used for any number of applications. Most famous is the Raspberry Pi series and BeagleBoard series.” The alpha build only supports the Raspberry Pi 2, but that will undoubtedly grow with time.

Manjaro-ARM will be available in four different versions. The Media Edition will allow you to create a media center with very little configuration and will run Kodi. The Server Edition will come with SSH, FTP, and a LAMP server preconfigured so you can use your ARM device as a file or web server. The Base Edition acts as the desktop edition, with an XFCE desktop. If you want to build you own system from scratch, the Minimal Edition is your choice. It will come with no preloaded packages or desktop, only have a root user.

As a fan of Manjaro (I have it installed on 4 computers), I’m glad to hear that they are branching out into the ARM world. ARM is being used in more and more devices. According to technology commentator Robert Cringely, device makers are starting to look at cheap ARM chips over more expensive Intel or AMD chips. Even Microsoft (please don’t strike me down) is thinking of porting some of its software to ARM. As the use of ARM powered devices increase, Manjaro will be ready to give those users a great Linux experience.

What do you think? Do you wish that more Linux distros would create ARM ports? Or do you think that ARM is a passing fad? Tell us below.

How to Install Ubuntu Desktop on Raspberry Pi 4

How To Make Raspberry Pi Boot In To GUI By Default