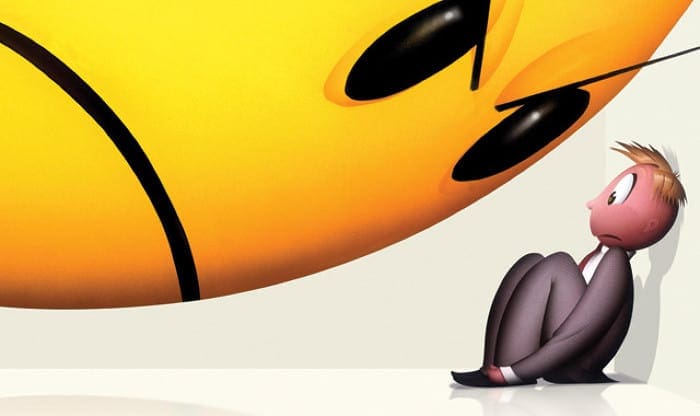 There have been many critics of Ubuntu for its “shopping lenses” that are enabled by default in Ubuntu. If you search anything on the desktop in Unity Dash, Ubuntu uses this data to provide you advertisements from third parties such as Amazon. Despite all the hoo-hooba, Canonical has enabled this feature by default and earned a lot of criticism.

While it is rather easy to disable the online search results in Ubuntu, enabling this feature by default is deemed by many as invasion of privacy. Privacy is a critical issue among the cyber people and many take it very seriously. One such “privacy activist” is Micah Lee who has set up a website Fix Ubuntu.

Fix Ubuntu has only one page which gives various ways to disable the online suggestion etc to protect privacy. Micah is a technologist at the Electronic Frontier Foundation and CTO of Freedom of the Press Foundation. Quite obviously a privacy activist like him would set up such a website.

Micah today posted on his blog that an email was sent to him by Canonical team and asked him to stop using Ubuntu logo and remove “Ubuntu” from its domain as it violates their trademark copyrights. You can read the email here. The mail said:

It has been brought to our attention that your website: https://fixubuntu.com/ is using Canonical’s trademarks including Ubuntu logo on your website and Ubuntu word in your domain name. The Ubuntu logo [1] and a screenshot of your website [2] are set out below.

We are really pleased to know your interest in writing about Ubuntu. But whilst we can appreciate the passion Ubuntu inspires, we also have to be diligent to ensure that Ubuntu’s trademarks are used correctly.

Here is the screenshot of the website using Ubuntu logo:

The lawyer at Electronic Frontier Foundation responded to the mail that it is within legal terms to use the trademarks on non-commercial websites. Micah has removed the Ubuntu logo from Fix Ubuntu but has added a new disclaimer which reads:

Disclaimer: In case you are either 1) a complete idiot; or 2) a lawyer; or 3) both, please be aware that this site is not affiliated with or approved by Canonical Limited. This site criticizes Canonical for certain privacy-invading features of Ubuntu and teaches users how to fix them. So, obviously, the site is not approved by Canonical. And our use of the trademarked term Ubuntu is plainly descriptive—it helps the public find this site and understand its message.

Is Ubuntu the new Apple?

I won’t really say that, at least not yet. But in my opinion, Ubuntu should not try to bully its critic which are in their rights to criticize its controversial policies. The website had nothing that could be deemed objectionable (as per me). Open Source and Linux does not have this culture of bullying critics in the way Microsoft or Apple do. Ubuntu, please don’t go Apple’s way. We have several reasons to love you, don’t give us too many to hate you. Don’t loose respect over such petty issues.

Canonical has finally responded to this fiasco after getting angry reactions from the community. You can read the article here. Main part of the article is:

In the case of fixubuntu.com, we were concerned that the use of the trademark implied a connection with and endorsement from the Ubuntu project which didn’t exist. The site owner has already agreed to remove the Ubuntu logo and clarified that there is no connection; from our perspective the situation has been resolved, and we have no issue with the site or the criticism it includes.

Founder of Canonical, Mark Shuttleworth apologised on his personal blog over this incident:

Last week, the less-than-a-month-at-Canonical new guy sent out the toughest template letter to the folks behind a “sucks” site. Now, that was not a decision based on policy or guidance; as I said, Canonical’s trademark policy is unusually generous relative to corporate norms in explicitly allowing for this sort of usage. It was a mistake, and there is no question that the various people in the line of responsibility know and agree that it was a mistake. It was no different, however, than a bug in a line of code, which I think most developers would agree happens to the best of us. It just happened to be, in that analogy, a zero-day remote root bug.